WFT, For The Win 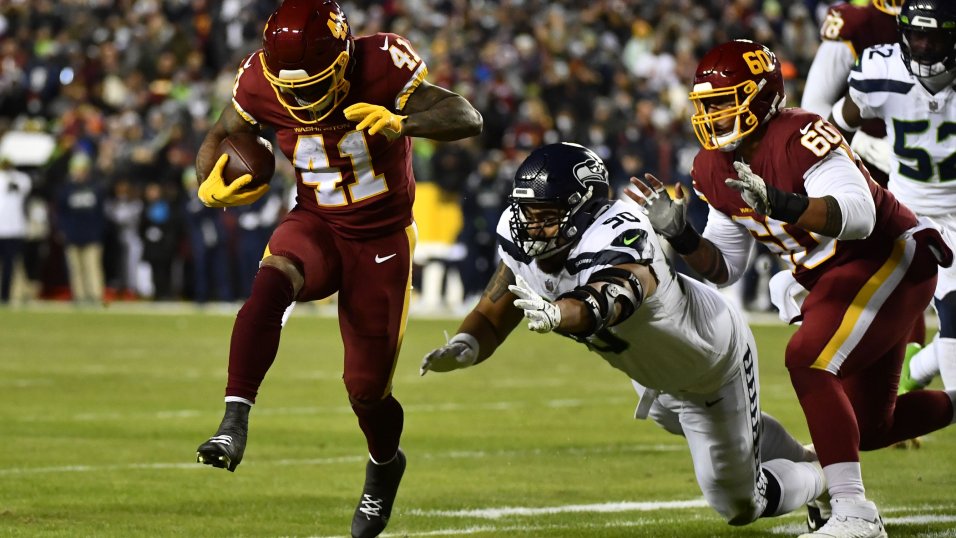 In a Monday Night Football game that seemed to trudge along, the WFT has found themselves in the midst of a playoff race.  The Football Team has won three in a row, and now has an overall record of 5-6 after beating Seattle 17-15.  Washington’s kicker, Joey Slye came up lame with a hamstring injury, which forced the WFT’s head coach; Ron Rivera into some risky 4th down attempts leaving the door open for Russell Wilson and the Seahawks.

Wilson marched his offense down the field, and scored a touchdown taking his team within two points at 15-17, but saw their 2-point conversion come up short. Seattle’s star receiver, D.K. Metcalf declared before the game his team needed to rattled off 7 straight wins, which is now not feasible. The loss, for all intents and purposes has ended the Seahawk’s season.

Washington is feeling good about their chances to not only clinch a Wild Card birth, but potentially win the NFC East.