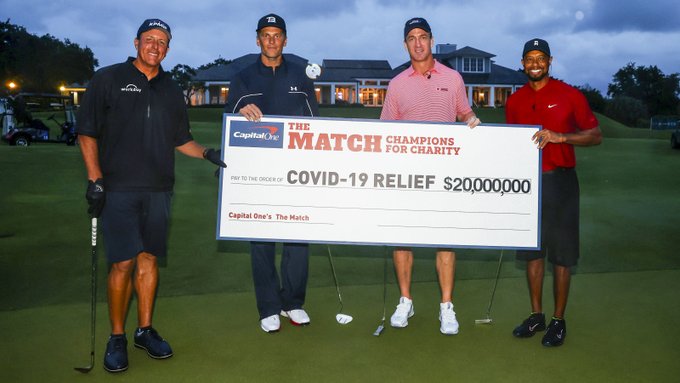 On rainy Sunday, four legends joined up for a round of golf. It was a second charity showdown between Tiger Woods and Phil Mickelson, with money raised going to Covid-19 relief. This time they were joined by legendary quarterbacks Tom Brady and Peyton Manning, with Manning teaming with Tiger while Phil and Tom Brady played together. The rains would not happen the mood as the legends interacted with each other and the announcers while practicing social distancing. There were no spectators, and the golfers used carts instead of caddies as $20 million was raised. The team of Tiger and Manning grabbed an early three-hole lead and held off a back-nine comeback, winning by one hole.