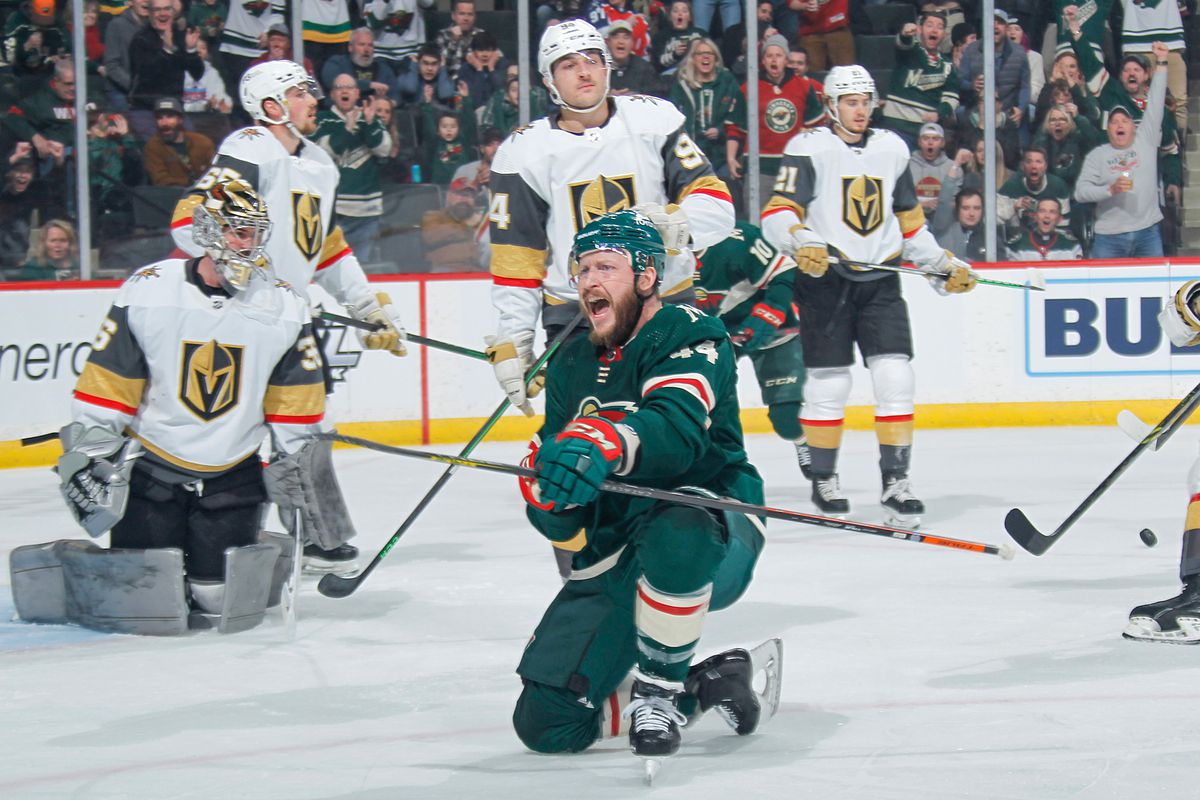 On Monday night the Minnesota Wild blanked the Las Vegas Golden Knights, 3-0 after.  The Wild’s newly acquired goalie, Marc-Andre Fleury watched from the bench as the home team won their third straight game in the middle of an extended home stand.

Cam Talbot had 28 saved in the shutout.  Matt Dumba and Ryan Hartman had a goal a piece for Minnesota as well.  Las Vegas was looking for their third win in a row, but were blanked by Talbot, who will now share the net with Fleury.

Both teams are attempting to put together quality play as they hope to head to the post season.  Vegas will get another crack at it on Tuesday night as they travel to Winnipeg.