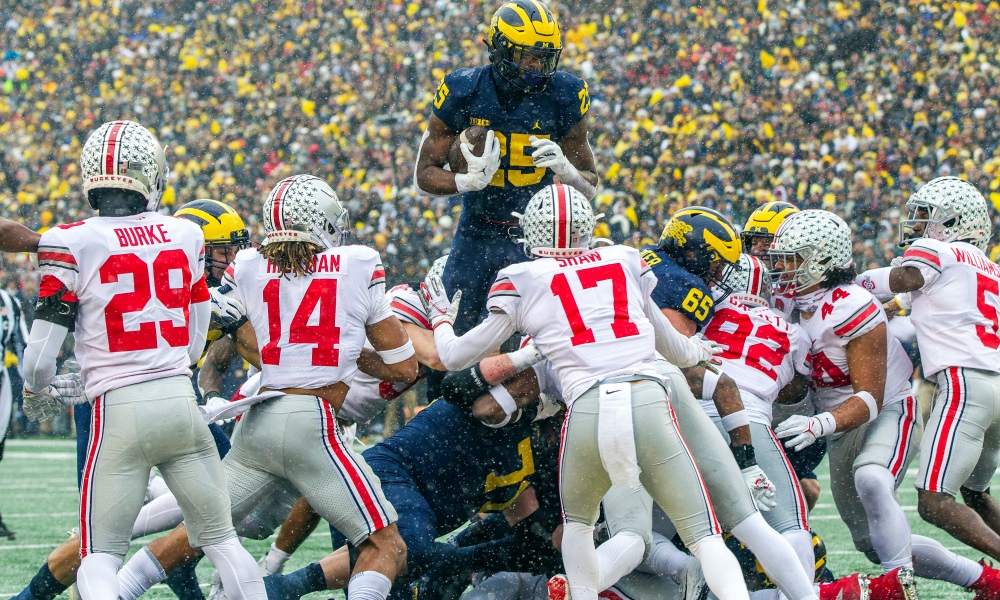 In one of the most storied college football rivalries, Ohio St. was sent packing out of the big house, losing to Michigan for the first time in eight games, 42-27.

The Wolverines played like a team on a mission, behind Hassan Haskins’ five touchdowns, they never trailed in the game.  With play-off implications abound, the buckeyes now have their 2nd loss on the season, and missed out on an opportunity to play for the Big 10 Championship.

Michigan will surely jump into the top 4 now, as Iowa awaits in the conference title game.  The Wolverines seemingly control their own destiny, and can lock a spot in the college football playoff for the first time, if they can beat Iowa.