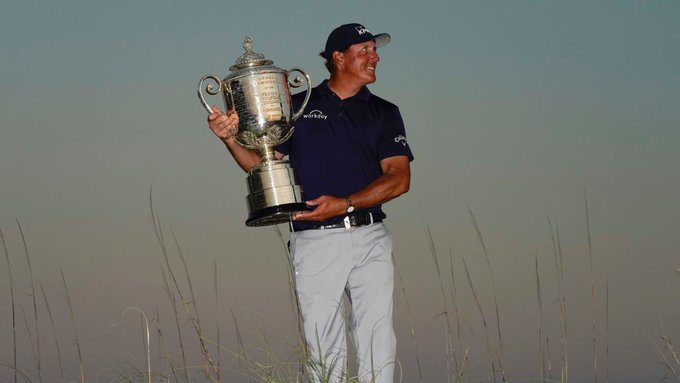 It was a turn-back-the-clock weekend at the PGA Championship at Kiawah Island Golf Resort Ocean Course in South Carolina. Phil Mickelson won the Wannamaker Trophy for the second time, becoming the oldest golfer at the age of 50 to win a major. Mickelson shot a six-under-par 272, finishing two strokes ahead of Brooks Koepka and  Louis Oosthuizen. It is the sixth overall major title for Phil Mickelson, who last won the PGA in 2005 and last won a major in 2013 with the Open Championship.