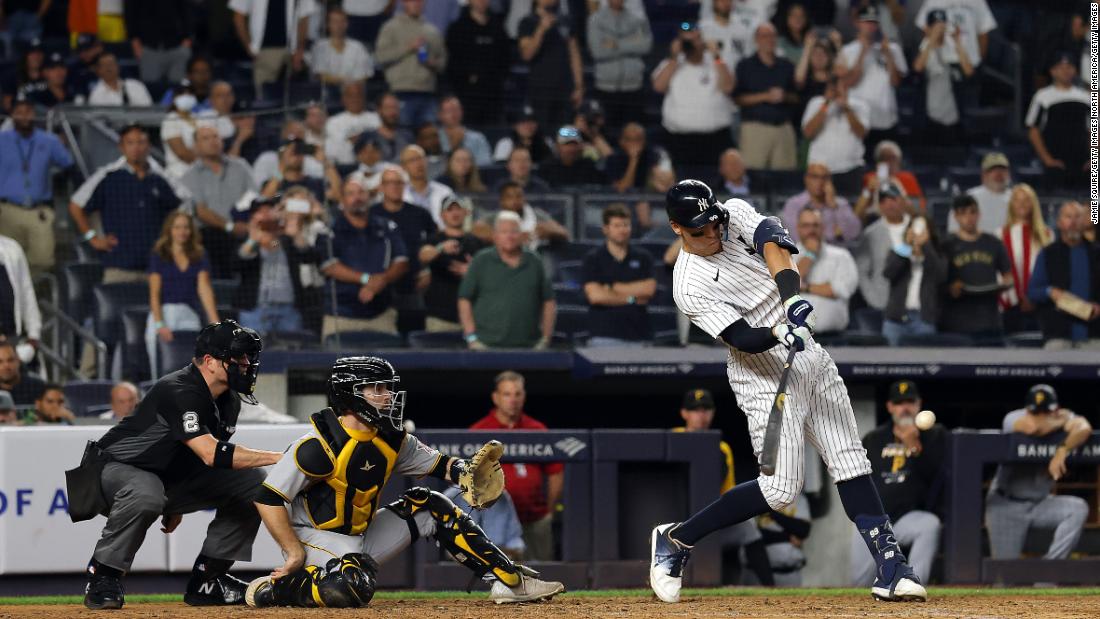 On Tuesday night the New York Yankees came from behind scoring 5 runs in the 9th inning, sparked by Aaron Judge’s 60th home run. The likely AL MVP has had a historic season for New York as he is now just one long-ball away from tying Roger Maris’ American League regular season record.

Judge’s homer was just the beginning as Giancarlo Stanton capped the game off with a Grand Slam walk-off shot to end the affair. The Yankees now improve their overall record to 89-58, as they look to capture the right momentum for their hopeful postseason run.

This short inner-league 2-Game series will conclude on Wednesday night as Roansy Contreras will take the ball for Pittsburgh, and New York’s Luis Severino is set to start for the Yankees.