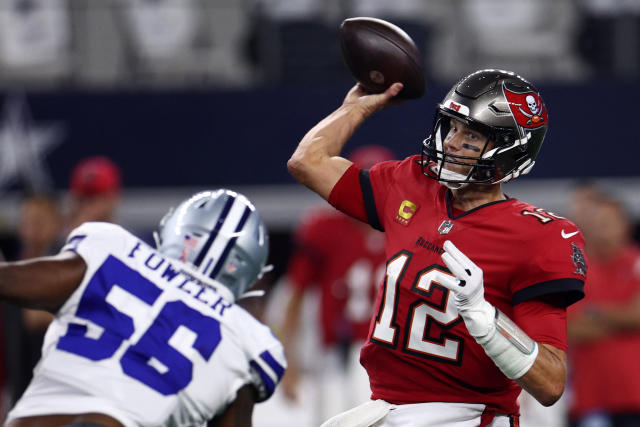 Sunday brought a full slate of NFL games back into the homes across the world. Two years removed from lifting the Lombardi Trophy, the Tampa Bay Bucs traveled to AT&T Stadium to take on last year’s NFC East winners, the Dallas Cowboys on Sunday night.

In an offseason filled with would-be retirement, leaving training camp, and some uncertainty, Tom Brady returned ready for this 23rd year in the NFL. The 7-time Super Bowl winner did what he seemingly always does, just win. Tampa beat the Cowboys handedly, 19-3. Brady connected with Mike Evans for a touchdown in the third quarter, which proved to be all the Bucs needed in the end.

Chris Godwin started for the away team after ACL and MCL surgery, but left the game early due to a possible reaggravation in his knee and or hamstring. Dallas was smothered by Tampa’s defense, Dak Prescott never got going, throwing one interception, and only accumulating 244 total yards.

The NFC South has been slated as up for grabs. That remains to be seen, but Tom Brady and the Bucs seem poised to keep hold of the division.