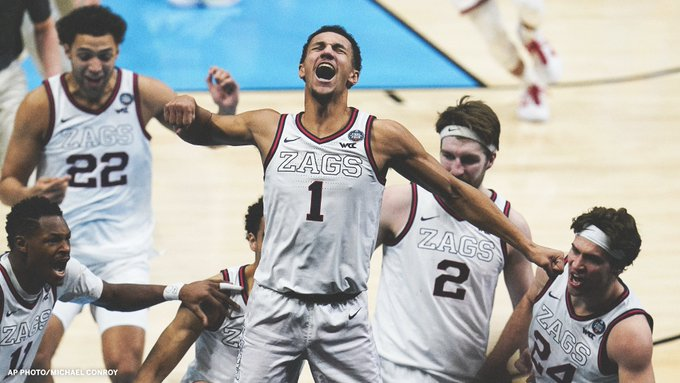 Gonzaga will have a chance to become the first unbeaten team since 1976 on Monday as they face Baylor in the NCAA Championship Game. The Bulldogs were pushed to the limit in the semifinals on Saturday as they played UCLA and won in overtime 93-90 on a three-point buzzer-beater by Jalen Suggs. Gonzaga, who came in 30-0, had won 27 straight games by at least ten points. The Bruins, who played in the First Four, matched Gonzaga shot for shot tying the game with 3.3 seconds left in overtime. However, the Zags pushed the ball as Suggs launched the game-winner from just beyond center-court.