2015: Founded by Flavio Augusto da Silva in 2010, Orlando City Soccer Club began play in the tier three United Soccer League. The intention right from the start was to bring the MLS back to Florida following the folding of the Tampa Bay Mutiny and Miami Fusion in 2001. The hard work would pay off when Orlando was awarded an MLS team in 2013, which would begin play in 2015. On March 8th at the Citrus Bowl Stadium, Orlando City coached by Adrian Heath would make their debut against fellow expansion team New York City Football Club. The team new teams would play to a 1-1 draw, with Kaka scoring in the 91st minute for the first MLS goal for the Lions. Orlando City would win its first game five days later, beating the Houston Dynamo on the road 1-0. Despite struggling through much of the spring, the Lions played well during the early part of the summer and looked to be on track for the playoffs. But a collection of injuries and national team call-ups conspired to drop the team out of the playoff picture to seventh place with a 12-14-8 record. Orlando City did provide a spark with a five-game winning streak at the end of the season, but it wasn’t enough as Toronto FC finished five points better.

2016: In the final season at the Citrus Bowl before moving into Camping World Stadium, Orlando City came out of the gate playing relatively well, losing only two of their first nine matches. A five-game winless stretch in September helped bring down the Lions to 9-11-14 to leave them a point out of the last playoff spot.

2017: After narrowly missing out on making the playoffs, the Lions started the season out well in their new stadium, winning six of their first seven and threatening to lead the East. But then came an awful stretch between early May and early September where they only won two games and lost eleven on the way to finishing 10-15-9 and tenth in the East.

2018: After losing two of their first three matches, the Lions appeared to turn a corner, going on a six-game winning streak to vault themselves to the upper half of the East. But then came an awful span of 1-16-2, which included nine losses in a row, that helped sink Orlando to eleventh and last in the East at 8-22-4. Dom Dwyer’s 13 goals seemed to go by the wayside as he had no support.

2019: Attempting to go up and stay there, Orlando couldn’t gain their footing, losing three of their first seven matches and having a four-game winless streak in April and May. The Lions would continue to have difficulty getting any help from key players, with Nani’s 12 goals on the year being the only real highlight. The club would finish the year without a win in their final eight matches and in eleventh place at 9-10-15, out of the playoffs again.


Name was chosen as a traditional European Soccer style name, with counterpart Stoke City of the English Premier League. 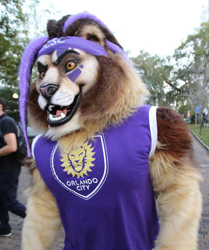 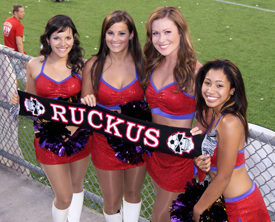 ©MMXX Tank Productions. Stats researched by Stephen Mulvoy, all information, and team names are property of Major League Soccer. This site is not affiliated with the Orlando City SC or the MLS. This site is maintained for research purposes only. All logos used on this page were from Chris Creamer’s Sports Logos Page.
Page created on May 27, 2015. Last updated on August 2, 2020, at 11:15 pm ET.