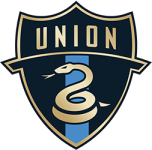 2010: After dropping their first game to Seattle, the Union would make their home debut at Lincoln Financial Field with a 3-2 win over DC United in the first MLS game ever played in the Commonwealth of Pennsylvania. That would be the lone bright spot for coach Peter Nowak and his team as they would finish up their inaugural year with an expansion-like seventh-place record of 8-15-7.

2011: The Union would start their second MLS season respectably, winning four of their first six games as Sebastien Le Toux continued to make a name for himself. His 11 goals helped the Union through a tough stretch during the summer, where the club went winless in seven matches. After that, three wins in their last seven propelled them into their first playoffs with a record of 11-8-15, good for third place in the East. It turned out to be a learning experience for the Union as they were beaten 3-1 on aggregate by the Houston Dynamo.

2012: After making the playoffs for the first time, the Union would slump badly coming out of the gate, starting the season on a 2-8-2 stretch and had stars Justin Mapp, Danny Califf, and Sebastien Le Toux traded at different points in the season. The Union would finish out the campaign at 10-18-6 in eighth place.

2013: In their fourth season, the Union hoped to return to the playoffs. Instead, the Union would only slightly improve as a rough end of the summer with a five-match winless streak helped keep the team at home during the playoffs at 12-12-10.

2014: Two key pieces to the Union, Jeff Parke, and Jack McInerney, were traded before the season started. Thanks in part to that, the Union would struggle terribly, winning only one of their first 11 matches coming out of the gate and could not rebound. Sebastien Le Toux’s team-leading 12 goals weren’t enough to make a difference for the sixth place Union who finished nine points behind Sporting Kansas City at 10-12-12.

2015: The Union would not start out well, losing seven of their first eleven matches and had difficulty putting any kind of cohesion together. Injuries and inconsistent play doomed the club all season, ending up in ninth place at 10-17-7. To help change the club’s culture, US World Cup legend Earnie Stewart was hired as club sporting director in the offseason.

2016: The Union would get off to a fairly decent start, going on a 4-2-0 stretch. This would be a prelude to a solid spring with a 3-0-5 run bringing them to the top of the East. Chris Pontius was a crucial cog in the team’s makeup with his 12 goals, and Andre Blake did his part with sensational goalkeeping to keep his opponents off the scoreboard. But once the calendar flipped to September, the Union hit a huge bump in the road, losing five and drawing two to end up in sixth place at 11-14-9, holding off the New England Revolution on goal difference for the last playoff spot. The season-ending skid reared its ugly head in the Knockout Round in a 3-1 loss to Toronto FC.

2017: Any chance the Union had of getting back to the playoffs was quickly zapped after starting the season with four losses and four ties. The club would then go on a four-game winning streak, but by that time, competition in the East was too much for them to get back into contention. Inconsistent play by key players such as Keegan Rosenberry hurt the team. CJ Sapong did his best to help the team, but it wasn’t enough, and the Union finished up the year at 11-14-9 and in eighth place.

2018: With high expectations to get back to the postseason, the Union got out of the gate slowly, winning only twice in their first nine games before having a four-match unbeaten streak at the end of May. After badly struggling in June and July, the Union was able to put it together in August, winning four in a row and withstanding two season-ending losses to end up sixth at 15-14-5, four points ahead of Montreal for the last playoff spot. Corey Burke and Fafa Picault were the goalscorers with ten each in the campaign, and Andre Blake’s ten shutouts helped the club stop other teams. Their progress forward would be halted in the Knockout Round with a 3-1 loss to New York City FC.

2019: Looking to build on a playoff berth, the Union would lose their first two matches before winning seven of their next eleven games to solidify themselves as a dangerous playoff contender. Leading the way for the team was Polish start Kacper Przybylko with 15 goals and Marco Fabian with eight to go with a balanced scoring attack by the rest of the roster. Solid and consistent play by the Union all season helped them to be third in the East at 16-11-7. Hosting the New York Red Bulls in their first playoff game, they would have to play without Przybylko, out with a stress fracture in his foot in the season finale. Things looked as bleak as the rainy weather over Talen Energy Stadium early on as the Red Bulls went two up with goals from Josh Sims and Tim Parker. Alejandro Bedoya brought the Union back to within one six minutes after Parker’s goal, but Tom Barlow scored what appeared to be a back-breaking goal in first-half stoppage time. Undeterred, the Union pressed forward, and second-half goals from Jack Elliot and Fafà Picault sent the game to extra time. In the 105th minute, Marco Fabian’s cross was deflected and went into the goal, giving the Union their first-ever playoff win in dramatic fashion. The club would go no further as Atlanta United FC shut them out 2-0 in the Second Round.


"Union" alludes to the union of the Thirteen Colonies, of which Philadelphia was the first capital.

Goalkeeper of the Year: (1) 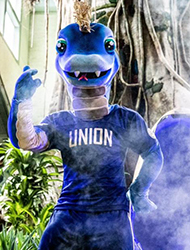 ©MMXX Tank Productions. Stats researched by Stephen Mulvoy, all information, and team names are property of Major League Soccer. This site is not affiliated with the Philadelphia Union or the MLS. This site is maintained for research purposes only. All logos used on this page were from Chris Creamer’s Sports Logos Page.
Page created on March 22, 2012. Last updated on July 23, 2020, at 11:45 pm ET.