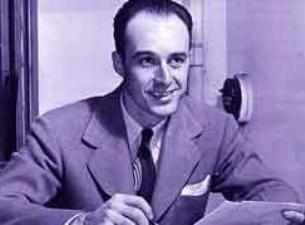 Profile: Walter Kennedy’s entire life and career was devoted to sports, coming to a pinnacle as the NBA commissioner in 1963. A multi-talented individual, Kennedy worked as a high school coach, public relations man and politician. In the late 1930s, Kennedy coached highly successful teams and was athletic director at St. Basil’s Preparatory School in Stamford, Connecticut.

In the 1940s, he returned to Notre Dame, his alma mater, to become its sports information director. He then moved on to the BAA as the public relations director, just as the league was merged with the NBL to form the National Basketball Association.

During much of the 1950’s Walter J. Kennedy then toured the world with the Harlem Globetrotters as the publicity director. He returned home to Stamford and was elected mayor in 1959 before the NBA owners voted him to the commissioner’s office in 1963.

Succeeding first commissioner Maurice Podoloff, the likable, approachable Kennedy became an ironhanded executive and let everyone know precisely where he stood on issues. Kennedy quickly exerted his authority, slapping Red Auerbach with a $500 fine for rowdy conduct during a pre-season 1963 game.

The new commissioner came into the NBA when the league was struggling with only nine teams, no television contract and sagging attendance. When Kennedy retired in 1975 as commissioner, the league had increased to 18 teams, landed a lucrative television contract and improved its financial standing considerably, experienced a 200 percent boost in income and attendance figures tripled during his tenure

Walter Kennedy was also instrumental in bringing an annual NBA game to Springfield to benefit the Basketball Hall of Fame, where he served on Hall of Fame’s Board of Trustees for 13 years, including 2 years as the Hall of Fame’s President. Kennedy himself would be inducted into the Hall in 1981.

©MVIII Tank Productions. This site is not affiliated with the National Basketball Association. This site is maintained for research purposes only. Page created on February 21, 2004. Last updated on January 23, 2008 at 11:45 pm ET.