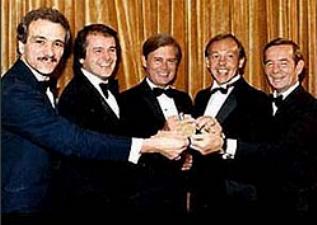 Profile: During his NHL presidency, John Ziegler steered the league through a both tumultuous and exciting period. A lawyer by profession, he was often required to use every ounce of his savvy and resolve to face the contemporary problems of professional hockey.

John Ziegler was born in Grosse Pointe, Michigan, on the outskirts of Detroit. He studied law at the University of Michigan then joined the prestigious Detroit firm of Dickson, Wright, McKean and Cudlip. In 1970, he set up his own firm and worked as a senior partner until taking over as NHL president in 1977.

As the successor to the legendary NHL leader Clarence Campbell, Ziegler was not intimidated. His association with the league went back to 1959 when he took on Bruce Norris and the Olympia Stadium interests as a client. In 1966, he started doing legal work for the NHL and made a favorable impression with all the important people connected to the league. A year before he became president, Ziegler succeeded Bill Wirtz as chairman of the NHL Board of Governors.

During John Ziegler’s presidency the NHL reached an accommodation with the World Hockey Association which led to the addition of the Edmonton Oilers, New England Whalers, Quebec Nordiques, and Winnipeg Jets in time for the 1979/80 season.

In his final years in office, Ziegler worked hard to grow the game as he opened the league to players from the Soviet Union, and the Eastern Bloc. The new source of talent came at a good time for the league as the Wayne Gretzky trade to the Los Angeles Kings helped grow interest in the NHL in the American South, seizing on this opportunity, Zeigler began the new NHL era of expansion by adding three teams in his final two years in office, including a team in Florida, a market that previously was thought out of reach for hockey.

John Ziegler also forged a positive working relationship with the NHL Players’ Association, while serving on the NHL Owner’s Negotiating Committee and working on the amendment to the Collective Bargaining Agreement. In 1992, his experience and counsel helped resolve the players’ strike that threatened the Stanley Cup playoffs. However owners were dissatisfied with agreement and forced Ziegler to step down shortly after the 1992 Playoffs.

After leaving the NHL office Zeigler dropped out of sight, going into private business, and serving on the board of directors of a bank in South Florida.

©MMXX Tank Productions. This site is not affiliated with the National Hockey League. This site is maintained for research purposes only.
Page created on February 14, 2004. Last updated on January 30, 2020 at 10:30 pm ET.