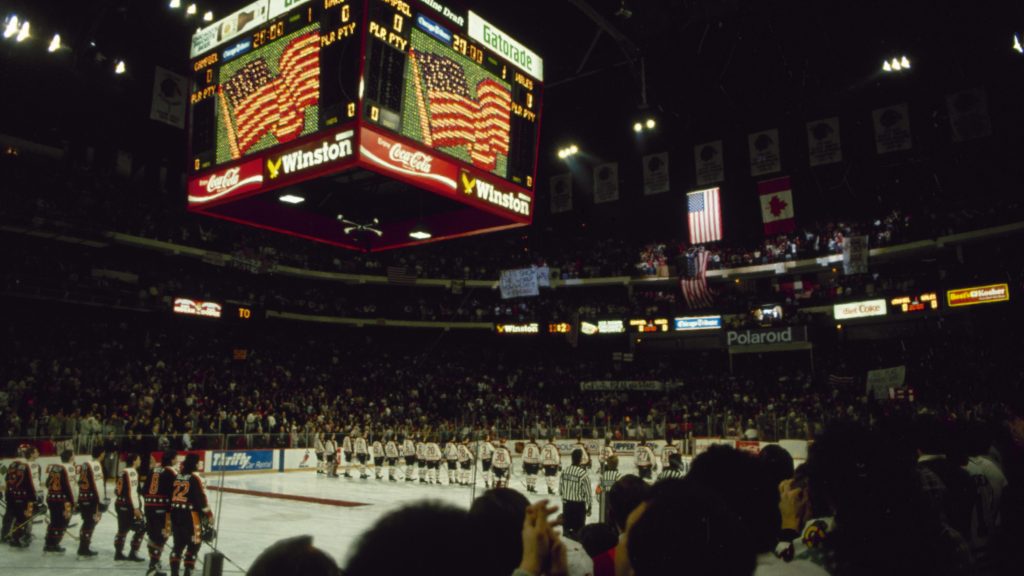 Three days after the start of Operation Desert Storm, emotions were high at Chicago Stadium for the 42nd NHL All-Star Game. A tradition at Blackhawks games was for fans to cheer throughout the National Anthem. A tradition that carried over into the All-Star Game with Wayne Messmer performing the Star-Spangled Banner. The Campbell Conference dominated the game, winning 11-5 as Vincent Damphousse of the Toronto Maple Leafs with four goals was named the game’s MVP.