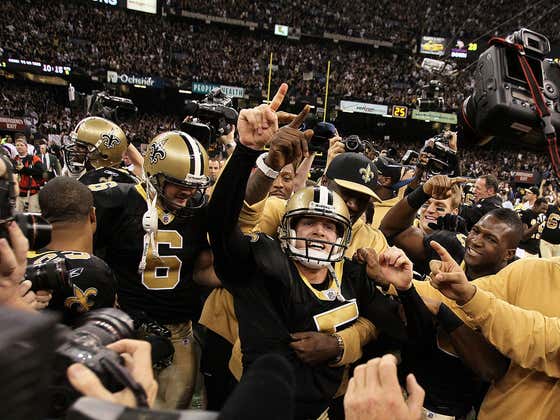 The New Orleans Saints march on to Super Bowl XLIV, beating the Minnesota Vikings 31-28 in overtime at the Superdome. It was the second time the NFC Championship Game was decided in overtime; the previous overtime game also involved the Vikings losing to the Atlanta Falcons 11 years earlier. It was a back and forth game, with Tracy Porter intercepting Brett Favre late in the fourth quarter to keep the game tied. The winning kick by Garrett Hartley was 40-yards long.