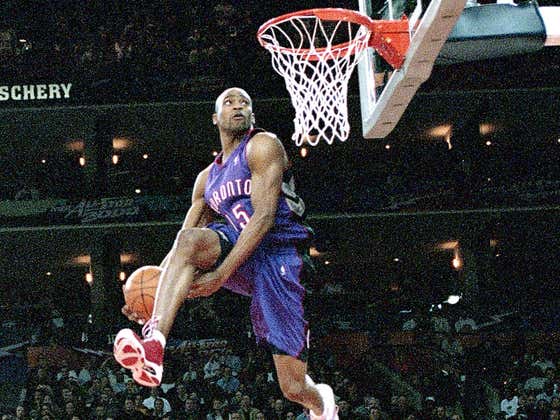 Vince Carter revitalizes the Slam Dunk Contest with a show-stopping performance on NBA All-Star Weekend in Oakland. It is the first dunk contest since 1997. There was no Slam Dunk contest at the 1998 All-Star Game and the 1999 All-Star festivities were canceled due to a lockout. Using a dunk in which he put the ball in between his legs, Vince Carter scores three perfect scores of 50 as Steve Francis of the Houston Rockets finished second, while Carter’s cousin Tracy McGrady a teammate on the Raptors finished third.