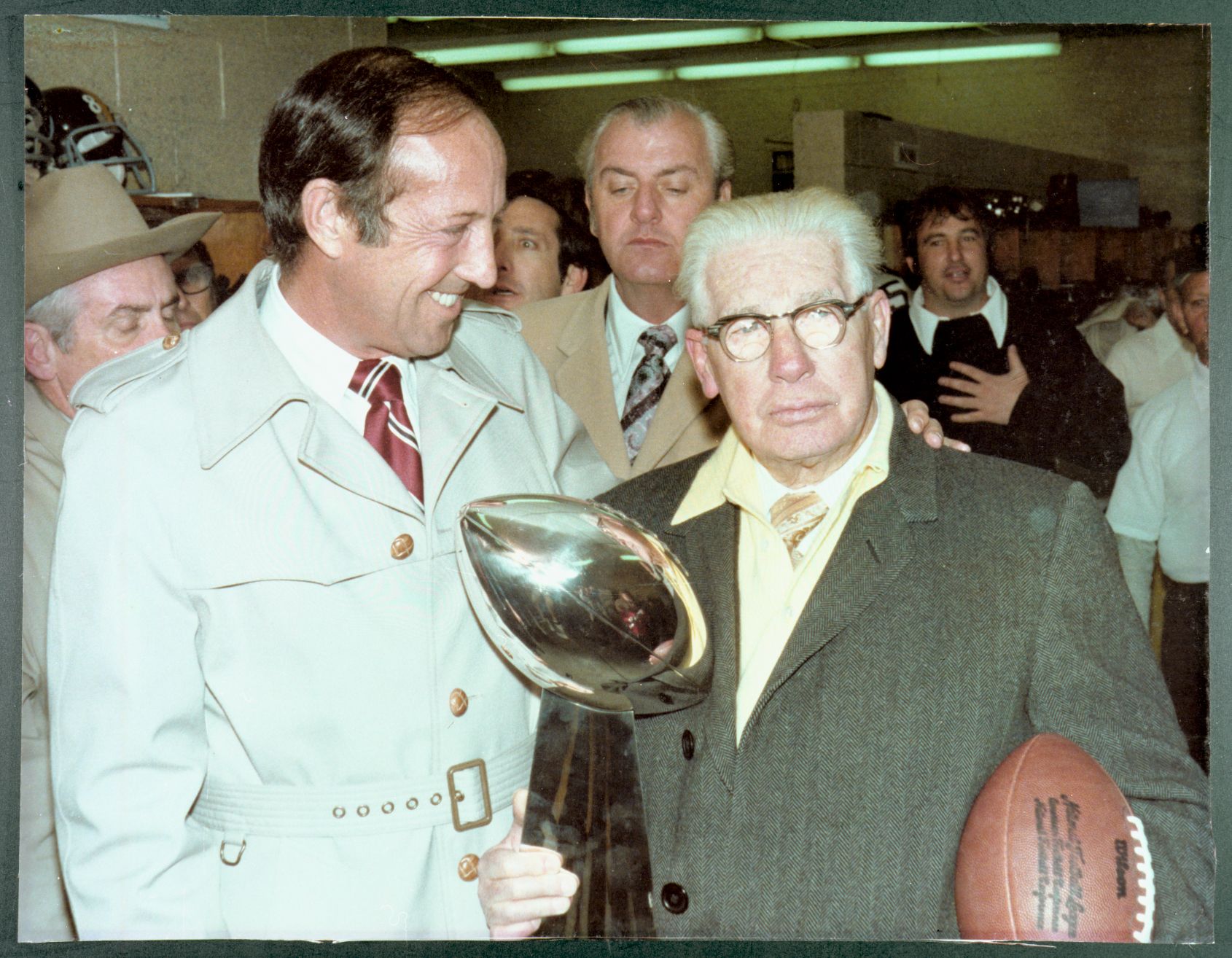 Losers no more, the Pittsburgh Steelers beat the Minnesota Vikings 16-6 in Super Bowl IX at Tulane Stadium in New Orleans. The Steelers who had struggled for four decades finally came into their own in the 1970s, winning four Super Bowls in six years. The first was a defensive effort with Franco Harris taking MVP honors by rushing for 158 yards with one touchdown. However, the real stars were the Steel Curtain defense, which shut down Minnesota, allowing 119 yards and forcing five turnovers.