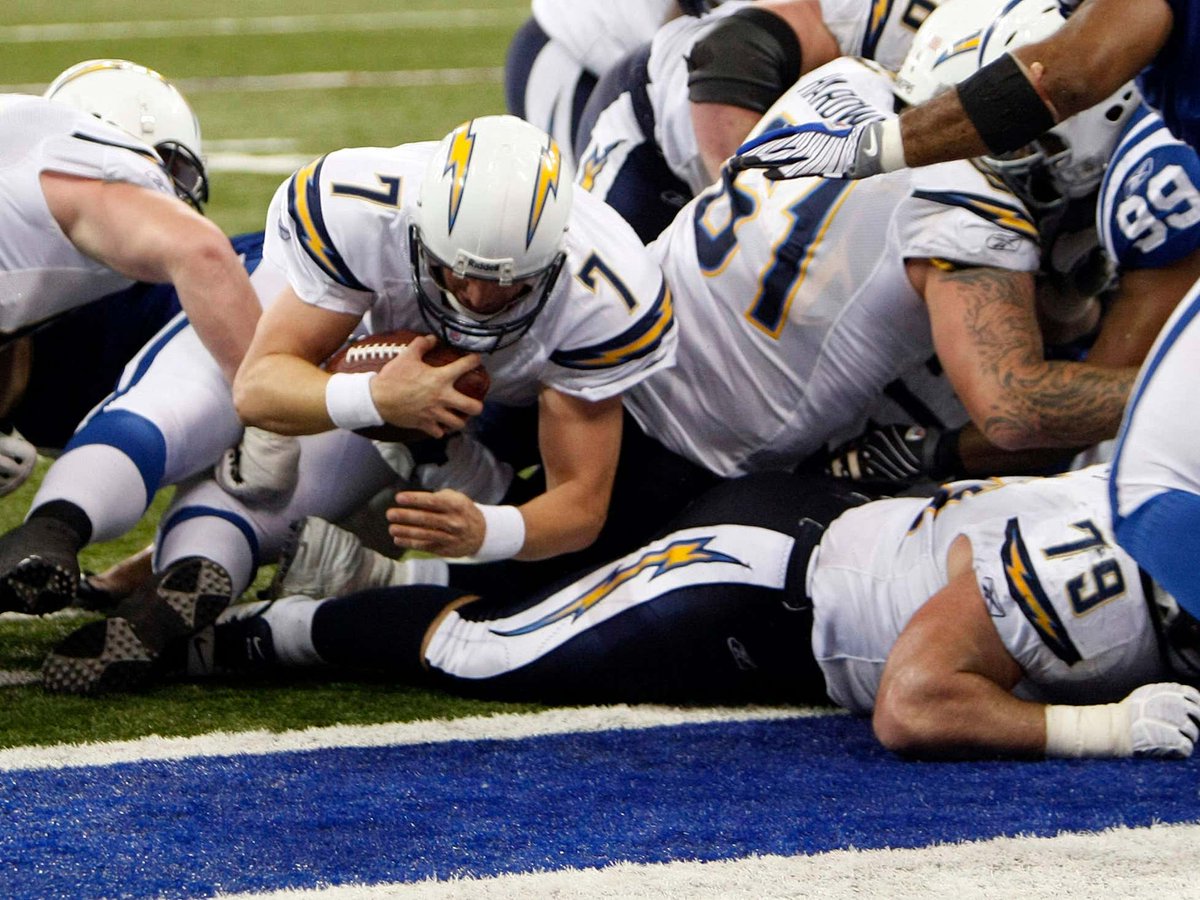 Despite losing LaDainian Tomlinson and Phillip Rivers to injury, the San Diego Chargers stun the Indianapolis Colts 28-24 in the Divisional Playoff Round. The Colts were the defending Super Bowl Champions and seemed on target for another showdown with the New England Patriots. However, the pesky Chargers continued to have their number as Billy Volek replacing Rivers, scored on a quarterback sneak with 4:50 left in the final game at the RCA Dome. The Chargers season would end in the AFC Championship Game as they lost to the Patriots 21-12.