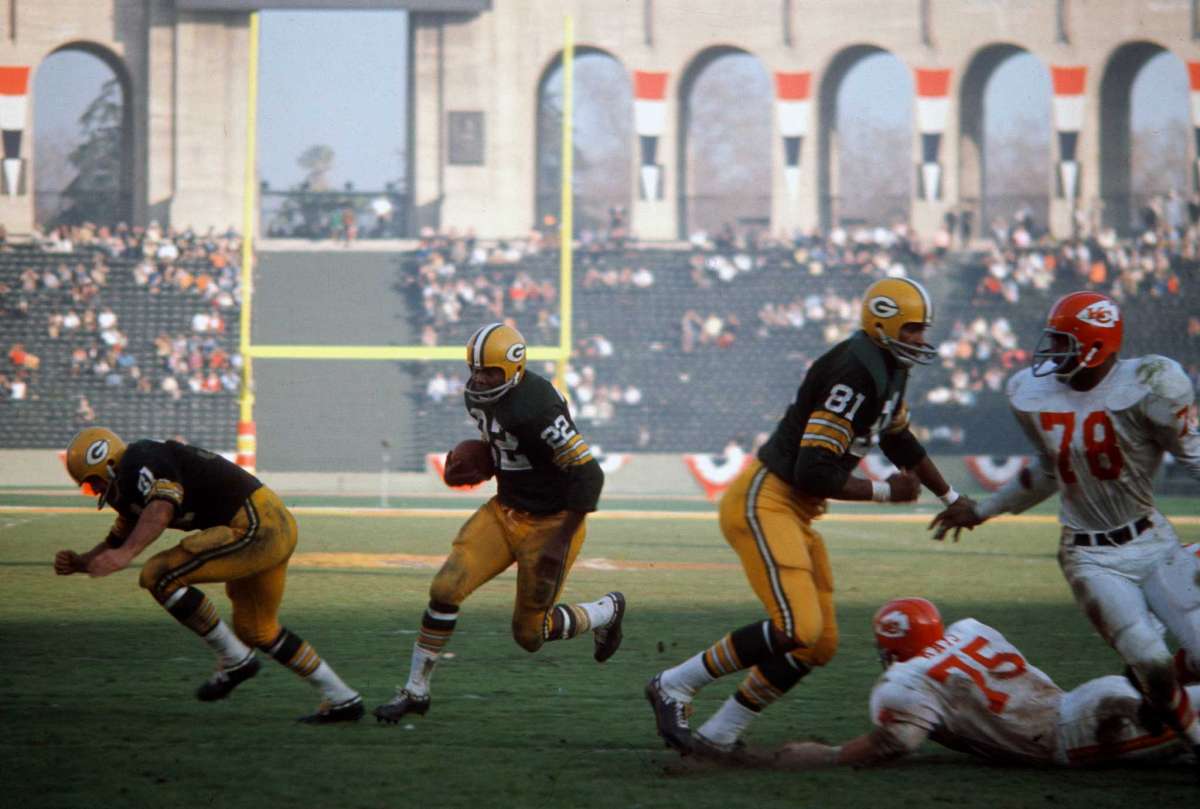 The Green Bay Packers defeat the Kansas City Chiefs 35-10 in the First AFL vs. NFL World Championship Game. It is the first meeting between the two leagues at the LA Memorial Coliseum. The game would soon take the name Super Bowl, as Chiefs owner Lamar Hunt took the name after watching his children playing with a superball. The game was lightly regarded as the NFL was viewed as the superior league, and it showed as the Packers won easily, with quarterback Bart Starr winning the first MVP.