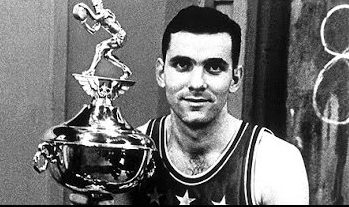 The NBA All-Star Game in St. Louis turns into a showdown for the ages, as the Western Conference beats the Eastern Conference 150-130. Wilt Chamberlain of the Philadelphia Warriors leads the way for the East, scoring an All-Star record 42 points and 24 rebounds. However, Bob Pettit of the host St. Louis Hawks is the game’s MVP with 25 points and 27 rebounds. It is the fourth All-Star Game MVP for Pettit establishing a record that would later be equaled by Kobe Bryant.