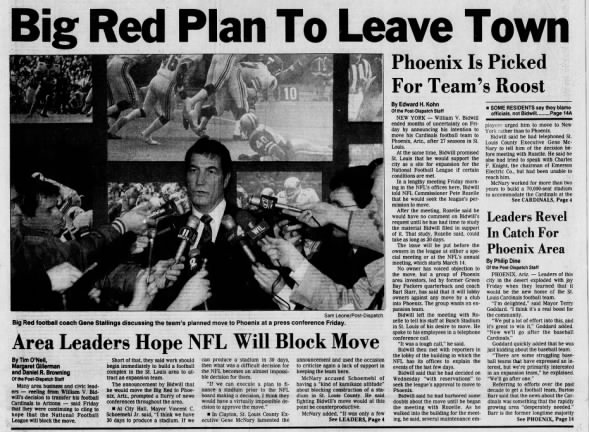 After 27 seasons in the Gateway to the West, the St. Louis Cardinals announced plans to move to Phoenix, becoming the first NFL franchise to play in three different cities. The Cardinals are the oldest franchise in the NFL, with roots dating back to 1898. However, they struggled in the shadow of the Bears in Chicago and moved to St. Louis in 1960. By 1987, after years of mediocrity, attendance dwindles, leaving owner Bill Bidwell no option but to relocate to a new market.