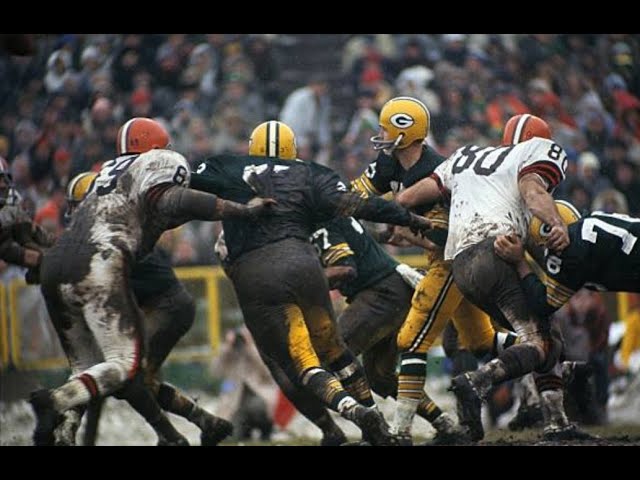 The Green Bay Packers win their third NFL title in five years, beating the Cleveland Browns 23-12 in the NFL Championship Game at Lambeau Field. Field conditions were sloppy with a rain and snow mix falling during the game, following a pregame snowstorm. The muddy conditions helped the Packers limit Jim Brown to 50 yards as the Browns’ hopes for a repeat were dashed. It would turn out to be Jim Brown’s final game, as he retired after nine seasons.