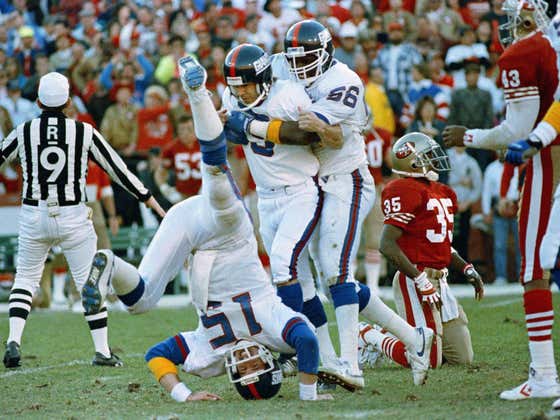 The New York Giants end the San Francisco 49ers’ hopes for three straight Lombardi Trophies, winning the NFC Championship Game 15-13 on five field goals by Matt Bahr, including one from 42 yards as time expired. The Giants were playing without Phil Simms, who was injured late in the season but got a strong game from back up Jeff Hostetler. The Giants took advantage of a fumble by Roger Craig, while Joe Montana suffered an injury on a sack by Leonard Marshall. The Giants would go on to beat the Buffalo Bills in Super Bowl XXV 20-19.