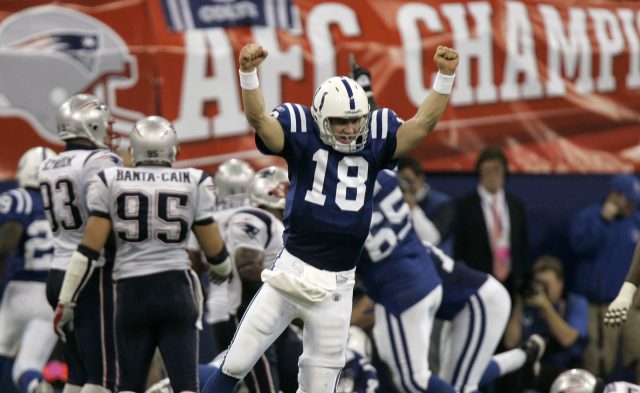 The Indianapolis Colts rally to beat the New England Patriots 38-34 in the AFC Championship Game at the RCA Dome. The Patriots looking to go their fourth Super Bowl in six years jumped out to a 21-3 lead in the first half. It was the first time in three playoff meetings that Peyton Manning beat Tom Brady in the playoffs; Joseph Addai’s touchdown with one minute left was the difference. The 18-point comeback was the largest comeback ever in a Conference Championship Game.