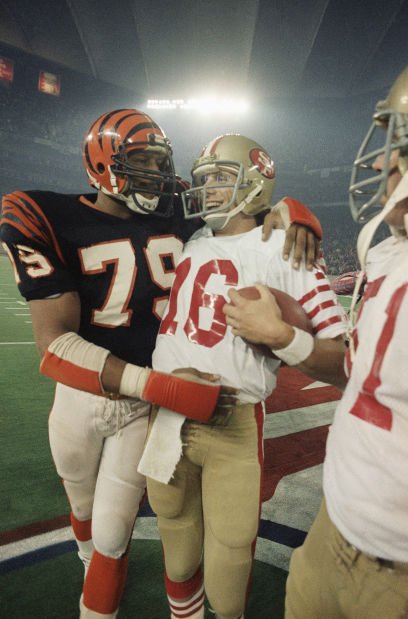 The San Francisco 49ers beat the Cincinnati Bengals 26-21 in Super Bowl XVI at the Pontiac Silverdome. It is the first Lombardi Trophy for the 49ers and the first of three Super Bowl MVPs for Joe Montana. Thanks to a stirring goal-line stand in the third quarter, the Niners hold off a late charge from Cincinnati. Both teams posted 6-10 records in 1980 and ended prolonged playoff droughts. The 49ers would become the team of the 1980s, winning three more Super Bowls during the decade.