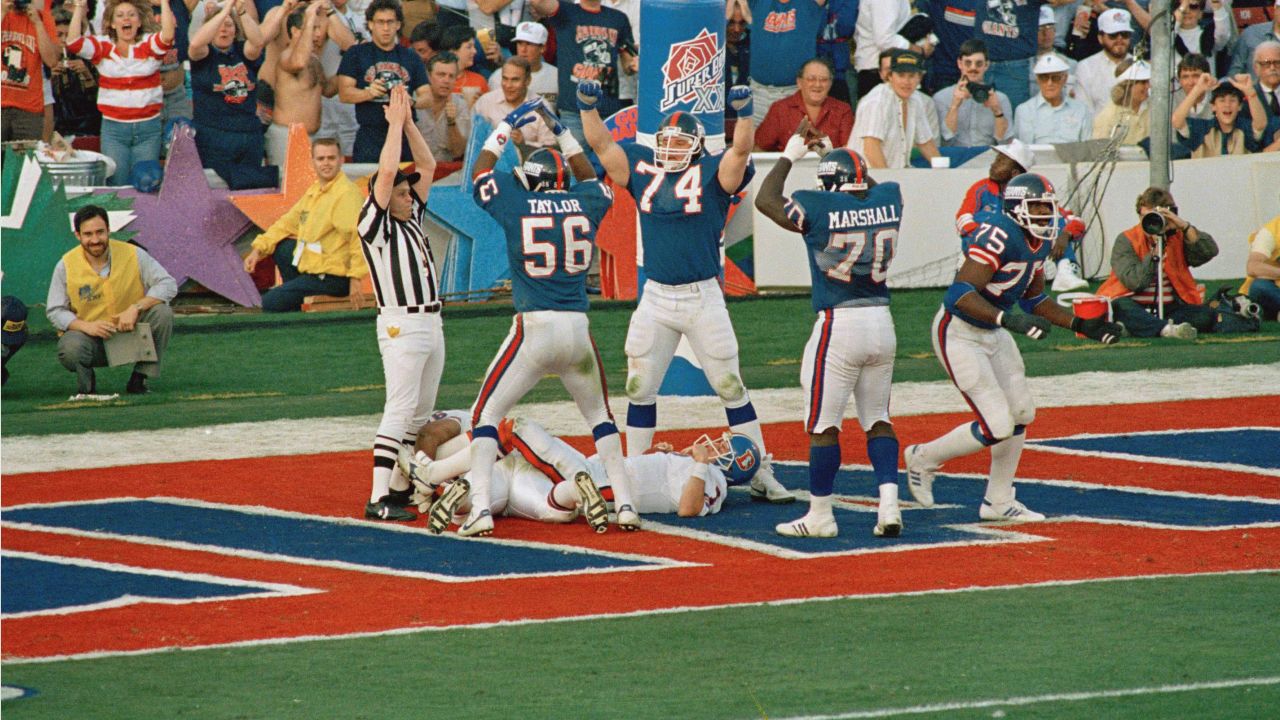 The New York Giants beat the Denver Broncos 39-20 in Super Bowl XXI at the Rose Bowl in Pasadena. The Broncos had their chances to take control of the game in the first half, but Rich Karlis missed two field goals, as Denver held a 10-9 lead at the half. The Giants came out and took command with 17 unanswered points, as Phil Simms won MVP honors, completing 22 of 25 passes for 268 yards and three touchdowns. In keeping with a season-long custom, Harry Cason doused Bill Parcells in Gatorade, giving birth to a new football tradition.