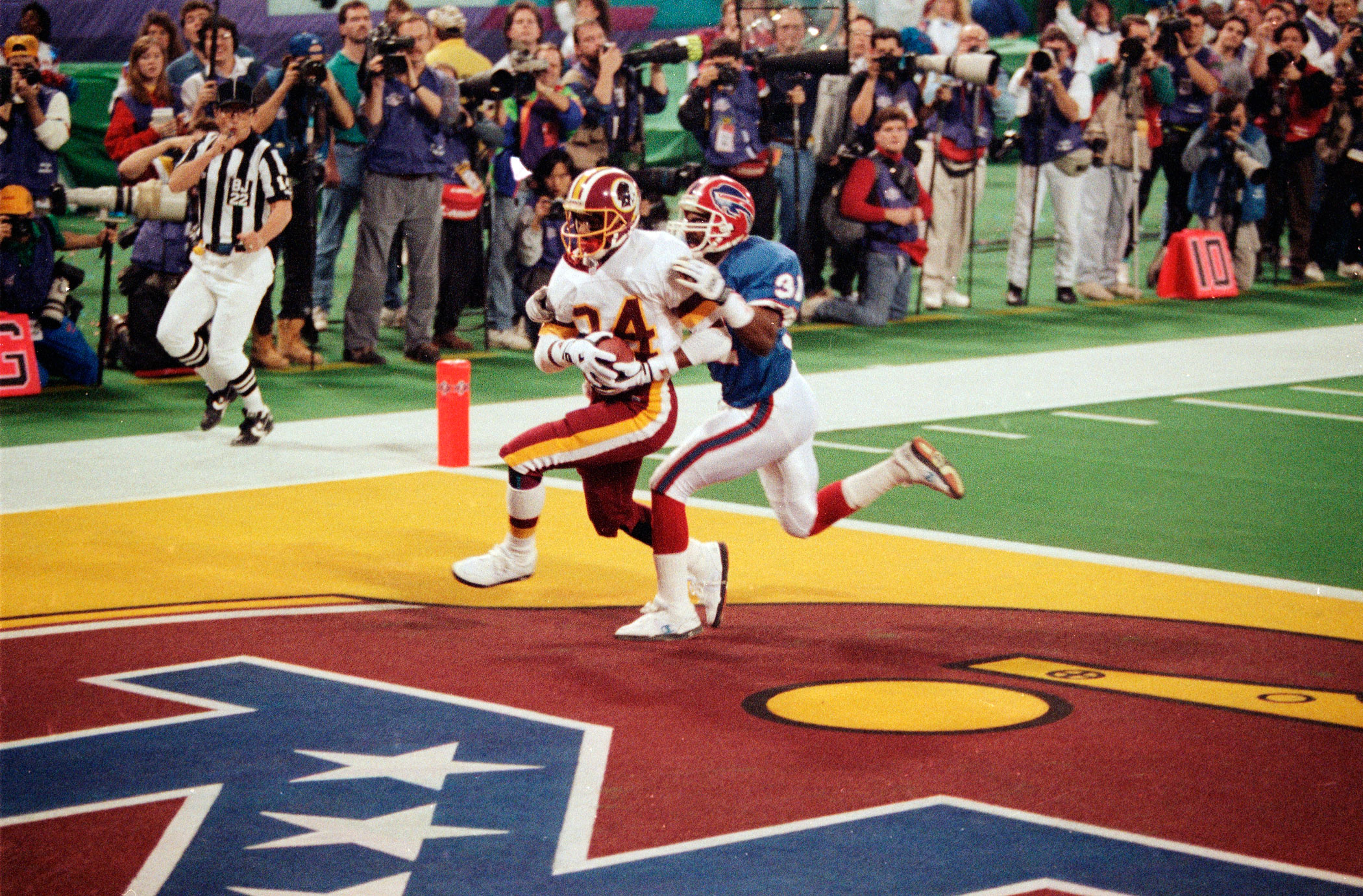 The Washington Redskins win their third Lombardi Trophy in ten years, beating the Buffalo Bills 37-24 in Super Bowl XXVI at the Hubert H. Humphrey Metrodome in Minneapolis. It is the second of four straight Super Bowl losses for the Bills. The game’s tone was set when Thurman Thomas misplaced his helmet and missed the first series. Thomas was held to 13 yards on ten carries, as Washington dominated the game. Mark Rypien was named Super Bowl MVP, passing for 292 yards with a pair of touchdowns.