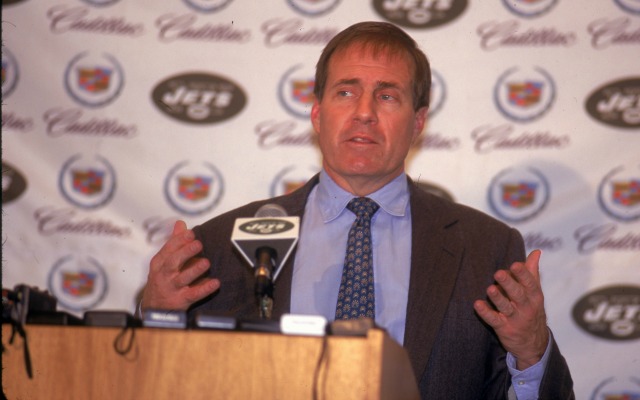 While working out at the New York Jets facility, Bill Belichick, the defensive coordinator, soon to take over as head coach suddenly is seen leaving the building without changing out of his tracksuit, just before he was to be introduced as head coach, Belichick scribbled a resignation letter on a napkin, “I resign as HC of NYJ”-BB Belichick than gave an awkward, sweaty conference, knowing he was about to jump to the New England Patriots.
For More See Barstoolsports.com