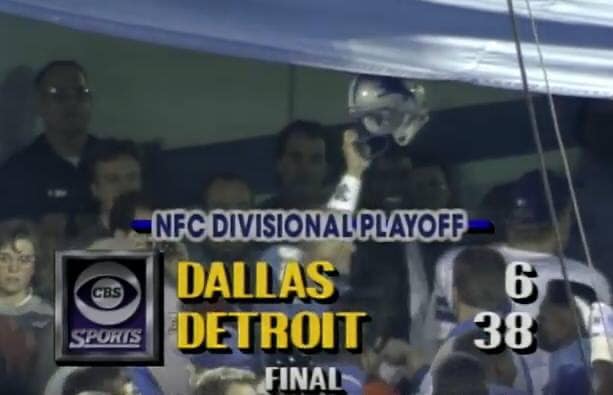 The Detroit Lions win their first playoff game since 1957, beating the Dallas Cowboys 38-6 at the Pontiac Silverdome. The Cowboys successfully contained Barry Sanders, holding the star rusher to 69 yards on 12 carries. However, Erik Kramer slices up the Dallas secondary, passing for 341 yards with three touchdowns. The Lions’ season would end with a 41-10 loss to the Washington Redskins in the NFC Championship Game. The Lions have not won a playoff game since.