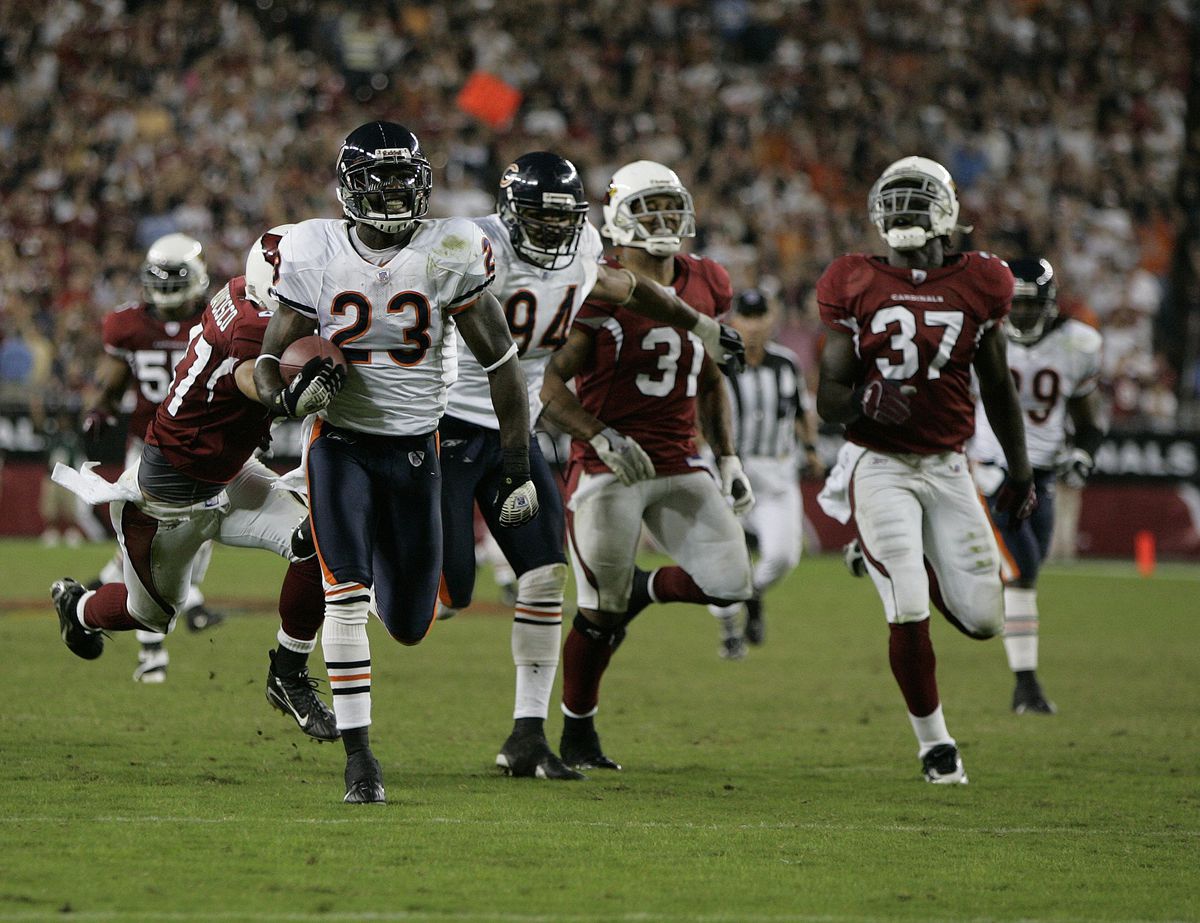 The Chicago Bears improve to 6-0 as the Arizona Cardinals let them off the hook. The Bears tailed 20-0 a the half as the Cardinals in their first Monday Night game at their new stadium in Glendale looked for a big win entering at 1-4. Down 23-3 late in the third quarter, the Bears comeback began when Mike Brown had a short scoop and score. In the fourth quarter, Charles Tillman added a 40-yard fumble return, while Devin Hester gave Chicago the lead with an 80-yard punt return. After the Cardinals coach Dennis Green had a memorable meltdown, saying, “The Bears are who we thought they were,” after their 24-23 win.