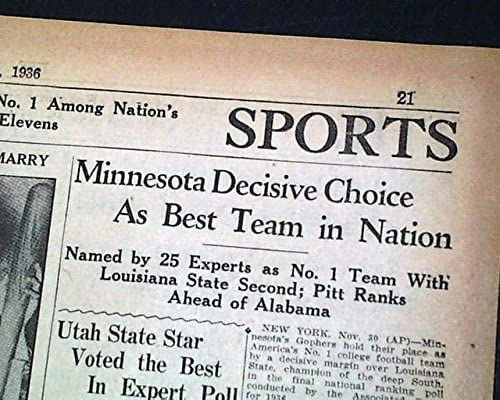 The Associated Press, made up of sportswriters to pool stories for newspapers across the United States, releases its first college football rankings. With the NCAA not having an official National Champion, several different rankings would determine the best teams in the country. The AP poll would soon begin appearing in newspapers all over the country and became the most definitive ranking. The AP, however, would not start releasing a post bowl ranking until 1968, while the coaches poll run by the UPI became a rival poll that began in 1950, creating decades of debate. Minnesota was the first team ranked first in the AP poll and won the 1936 AP National Championship.