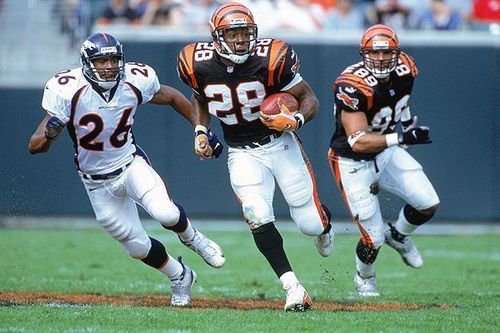 Corey Dillon of the Cincinnati Bengals has the game of his life, setting an NFL single-game rushing record. Dillon rushes for 278 yards on 22 carries to lead the winless Bengals to a 31-21 win over the Denver Broncos at Paul Brown Stadium. Dillon tops the record of 275 yards that was set by Walter Payton of the Chicago Bears in 1977. Corey Dillon’s record would stand for three seasons before it was topped by Jamal Lewis of the Baltimore Ravens in 2003. Dillon would finish the 2000 season with 1,425 yards on the ground.