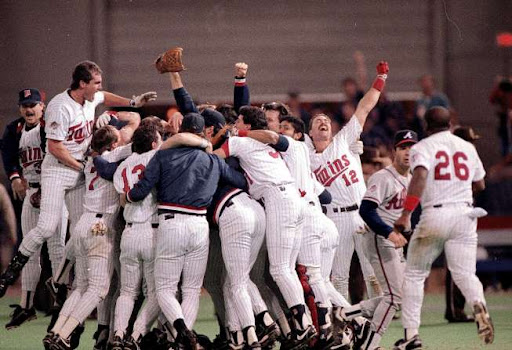 The Minnesota Twins win the World Series, beating the Atlanta Braves 1-0 in ten innings in Game 7 at the Metrodome. It was the first Game 7 of the World Series to end with a walk-off since Bill Mazeroski’s home run in 1960. It was also the first Game 7 to go to extra innings since 1924 when the Washington Senators beat the New York Giants. The Twins got a masterful pitching performance from World Series MVP Jack Morris, who spread out seven hits over ten innings, while Gene Larkin’s single with the bases loaded was the game’s only run.