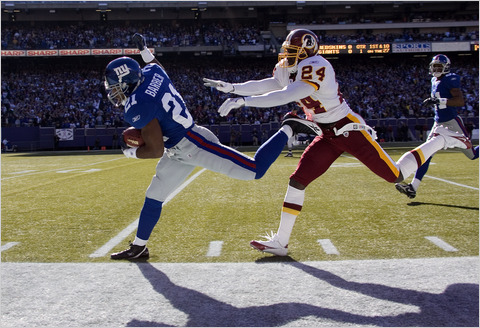 Playing in tribute to owner Wellington Mara, who died four days earlier, the New York Giants blank the Washington Redskins 36-0 in the Meadowlands. The 89-year-old Mara had been a part of the Giants from the start, serving as a ball boy in 1925. Jay Feely kicked five field goals, as Tiki Barber had a team record 206 yards on the ground. Barber would top the record again later in the season, rushing for 220 yards on December 17th against the Kansas City Chiefs.