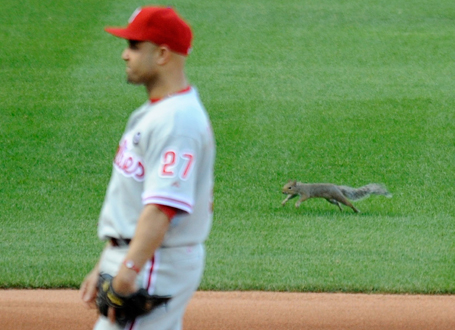 The St. Louis Cardinals force a fifth game in the NLDS, beating the Philadelphia Phillies 5-3 in Game 4 at Busch Stadium. The Cardinals get some help from a squirrel who runs onto the field and throws off the rhythm of Roy Oswalt. It is the second straight day that a squirrel interrupted play in St. Louis. The squirrel would be adopted as an unofficial mascot for the Cardinals, nicknamed “Rally Squirrel,” while the Phillies fumed. The Cardinals would win Game 5 in Philadelphia 1-0 and went on to win the World Series.