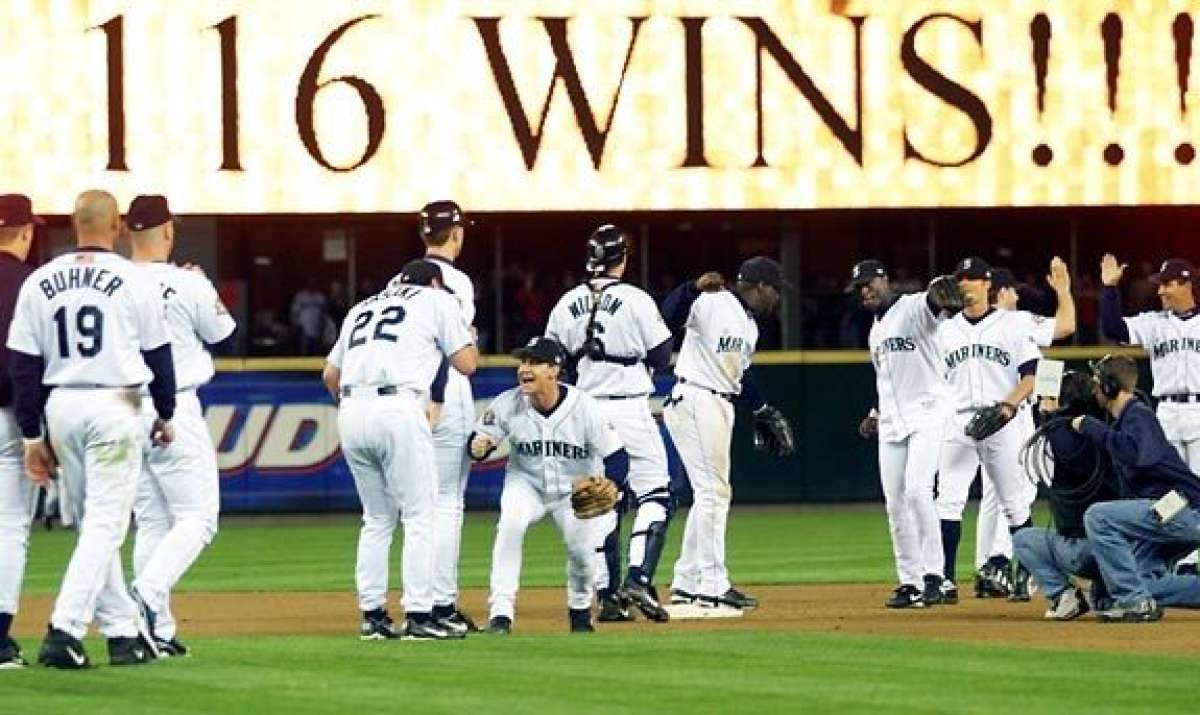 The Seattle Mariners are beaten by the Texas Rangers 4-3 in the final game of the regular season. The loss prevents the Mariners from setting a new major league record for wins during a season. The Mariners managed by Lou Piniella equaled the 116 wins set by the Chicago Cubs in 1906, finishing 116-46. A big part of the Mariners’ success was the dynamic play of Ichiro Suzuki, who became the second player to win both the Rookie of the Year and MVP in the same season. The Mariners would fail to reach the World Series, losing to the New York Yankees in the ALCS.