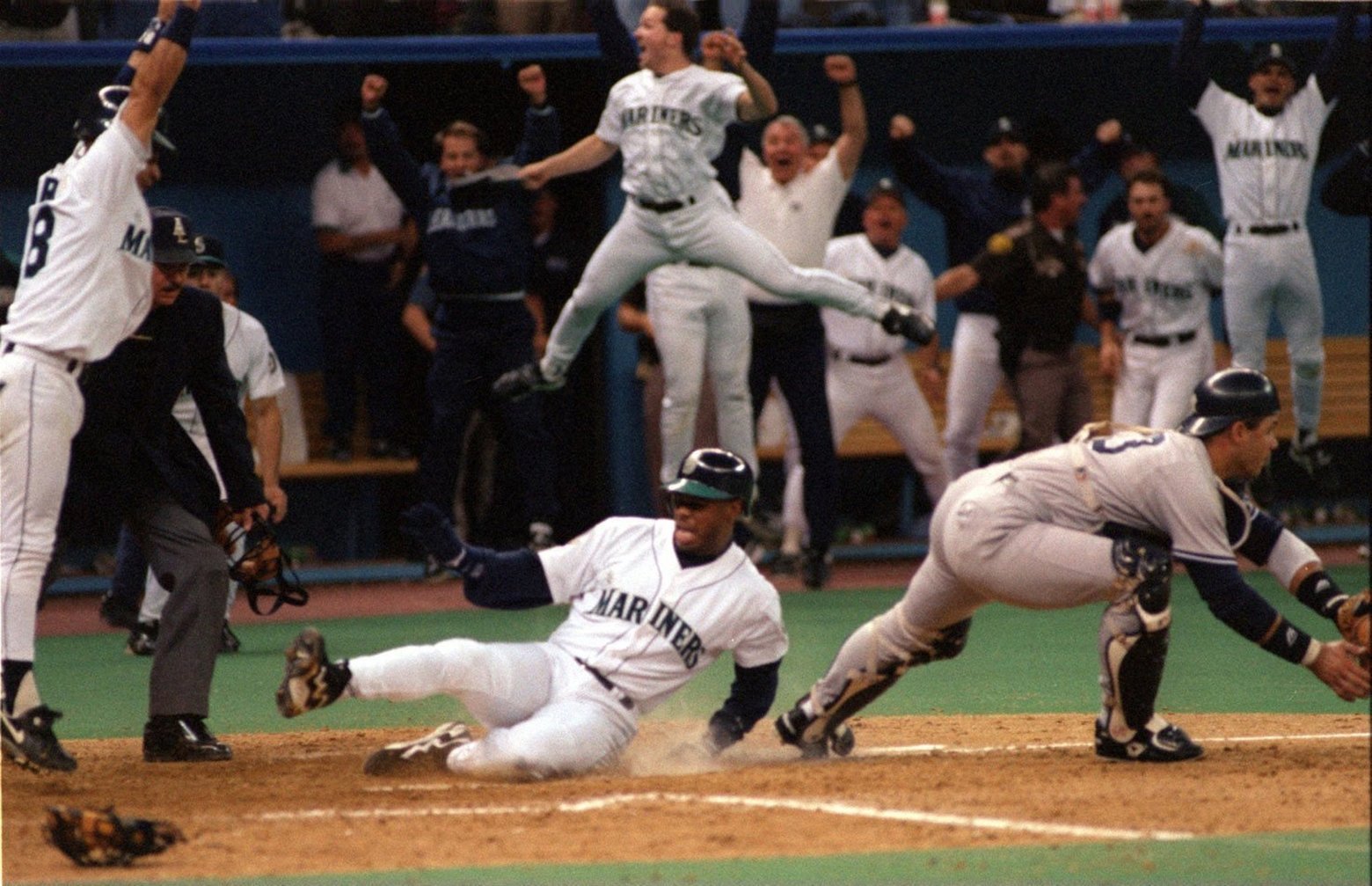 The Seattle Mariners beat the New York Yankees 6-5 in 11 innings to advance to the ALCS on a two-run double by Edgar Martinez. It was the first year of the Division Series, as baseball tried to recover from the 1994 strike. The Mariners, who were trying to get a new stadium from Seattle has a great run to make the playoffs for the first time. After losing the first two games in the Bronx, won all three games at the Kingdome, with Ken Griffey Jr. sliding home with the winning run.