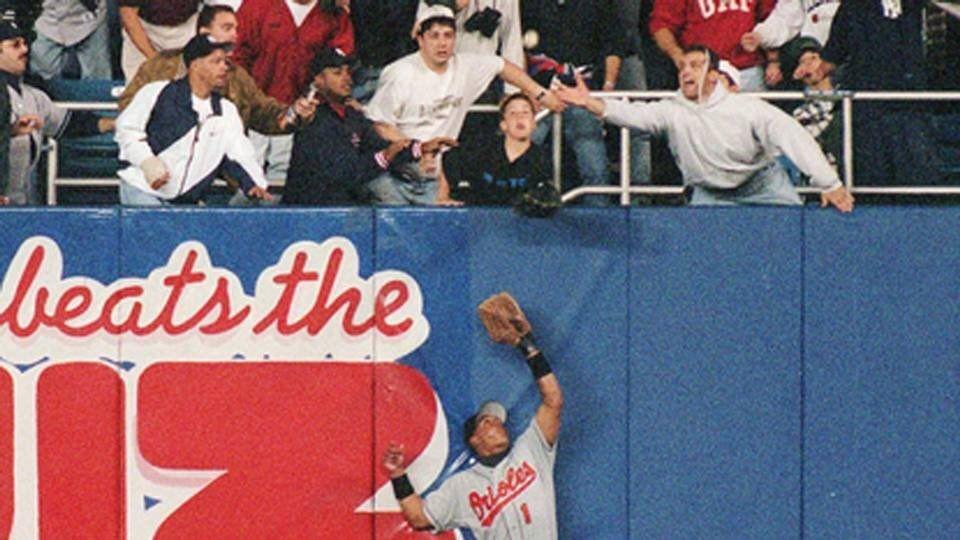 The New York Yankees steal Game 1 of the ALCS against the Baltimore Orioles, winning 5-4 in 11 innings as Bernie Williams hit a walk-off home run. The game got to extra innings when Derek Jeter hit an opposite-field fly ball in the eighth inning. The ball should have been caught by Tony Tarasco but a 12-year-old fan named Jeffrey Maier reached out and pulled it over the short porch. Despite the protest of the Orioles and the clear view of Maier interfering the ball was ruled a home run. The umpires had thought about walking off the field in protest before the postseason after Roberto Alomar spit in the face of John Hirshbeck, but was allowed to play in the Division Series. They got revenge instead as the Yankees won the series in five games.