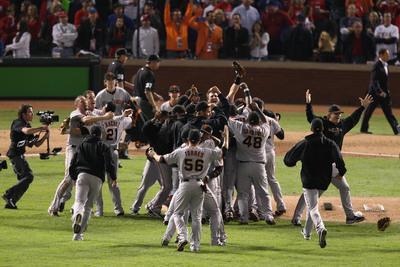 The torture ends for fans by the bay, as the San Francisco Giants win the World Series for the first time in 56 years, beating the Texas Rangers in five games. The Giants win the finale 3-1, at Rangers Ballpark in Arlington. Edgar Renteria, who had a three-run home run in the seventh, is named World Series MVP. It was the Giants’ first World Championship since 1954 when they played in New York. It is the first of three World Championships in a five year stretch for the Giants.