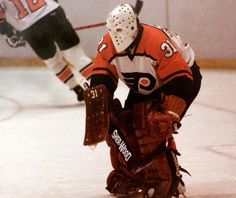 It is an unspeakable tragedy for the Philadelphia Flyers, as Pelle Lindbergh, the top goalie in the NHL in 1985, is killed in a car crash at 26. The crash occurs hours after a team party in which the Flyers celebrated their ten-game winning streak. Lindbergh had the night off as the Flyers beat the Boston Bruins 5-3 to improve to 12-2-0 on the season. Reports say that Pelle Lindbergh’s blood-alcohol level was over the limit as he drove his Porsche at high speed near the Flyers practice facility in Somerdale, New Jersey.