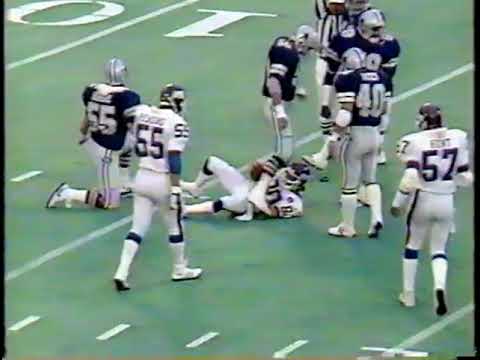 The New York Giants record a big win in their efforts to win their first division title in 23 years, beating the Dallas Cowboys 17-14 at Giants Stadium to improve to 7-2 on the season. The Giants did not just beat the Cowboys; they broke the Cowboys, as Danny White suffered a broken wrist and was lost for the season after a sack by Carl Banks. The Giants would finish 14-2 and won Super Bowl XXI, while the Cowboys won just one of their final eight games and finished 7-9, suffering their first losing season since 1964.