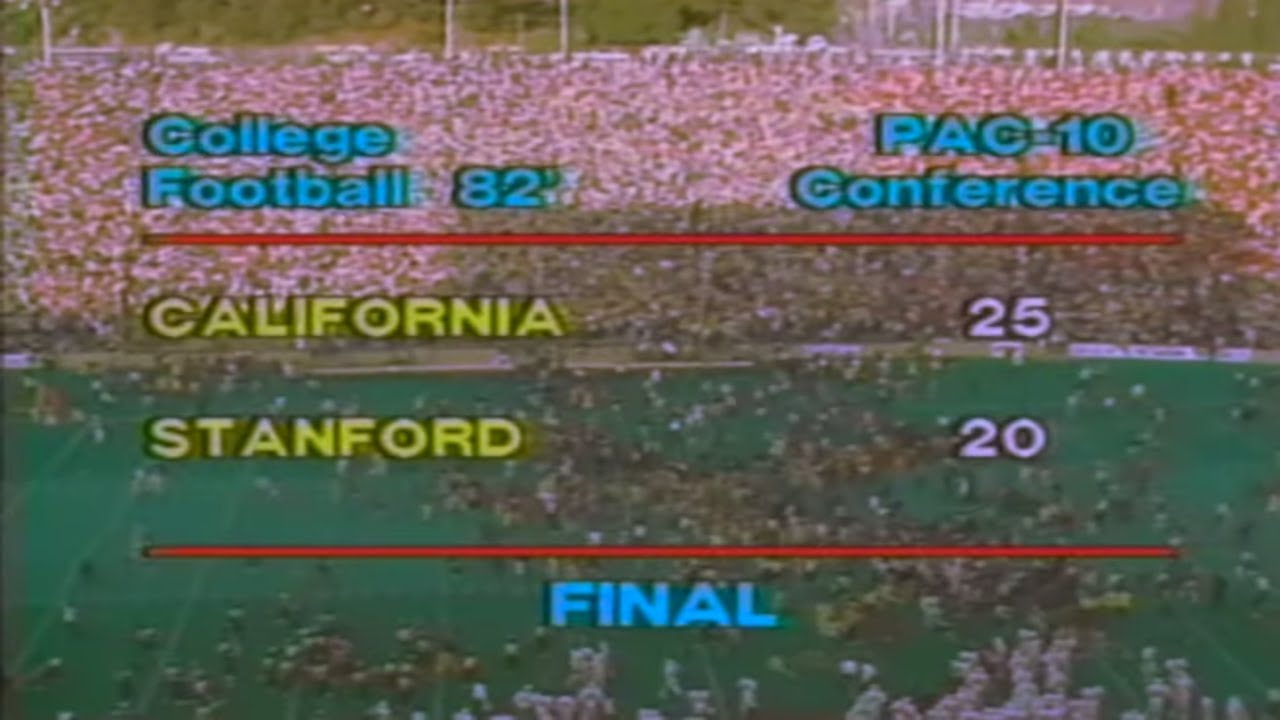 California stuns Stanford 25-20 on a crazy final play that saw them return a kickoff with several laterals while dodging members of the Stanford band that had wandered onto the field thinking the game was over. It appeared the Cardinal had won the game when Mark Harmon kicked a 35-yard field goal with four seconds left. However, after a celebration penalty placed the kickoff at the 25, the Bears completed the miracle play winning the game in Berkeley.