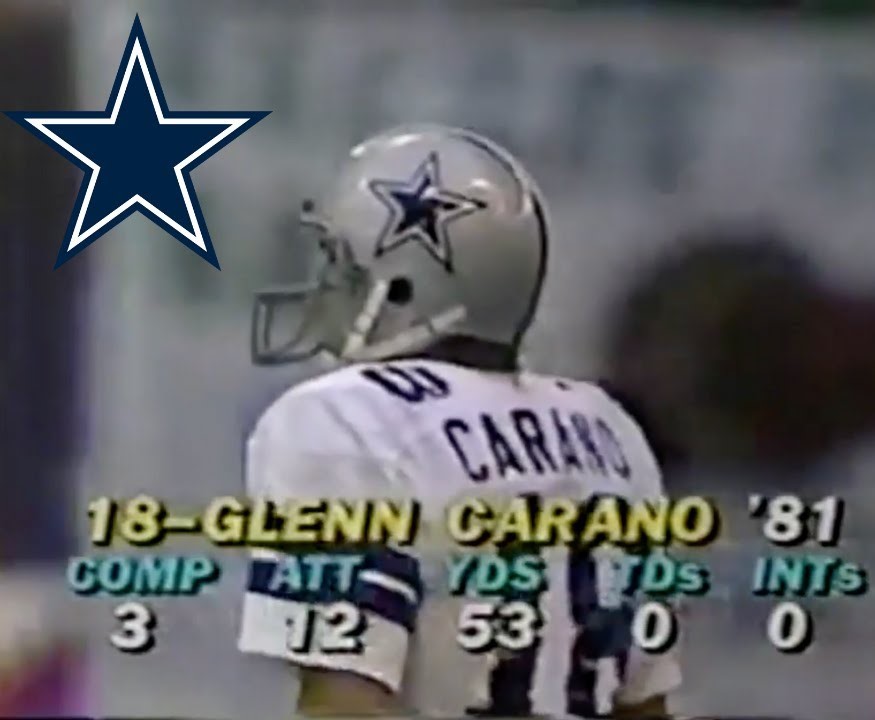 The Dallas Cowboys edge the Chicago Bears on Thanksgiving 10-9. The Cowboys were 13-point favorites but were trailing 9-3 in the fourth quarter after losing quarterback Danny White to a rib injury. Glen Carano, a backup who had previously only seen mop-up duty, came on in relief. After struggling most of the game, Carano led the Cowboys on a game-winning drive later in the fourth quarter. The drive was capped by a six-yard touchdown run by Ron Springs, as Carano completed 6-of-15 passes for 131 yards.