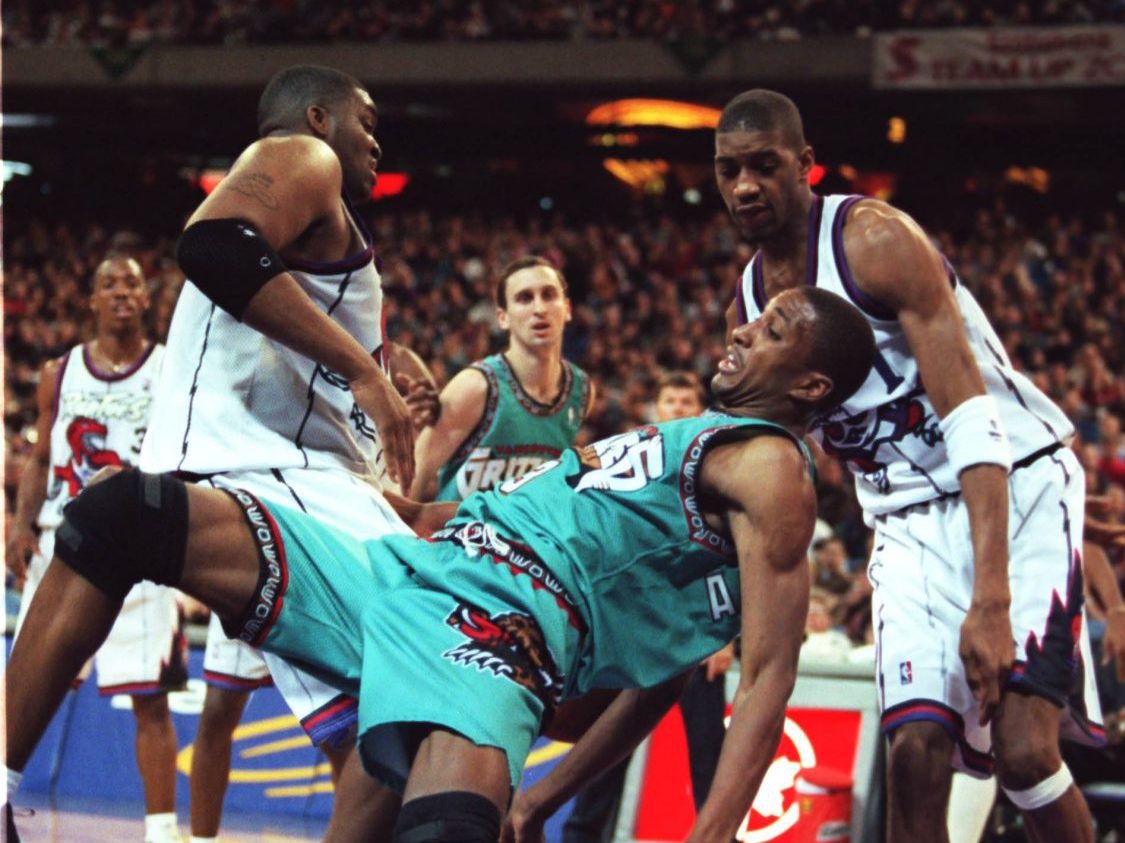 The NBA begins its 50th season with two new teams; both of them were based in Canada. It was not the first time the NBA had a team that played north of the border. The Toronto Huskies hosted the first game ever played in the BAA in 1946 but lasted just one season. It is a successful start for both expansion teams, as the Toronto Raptors beat the New Jersey Nets 94-79, while the Vancouver Grizzlies stun the Portland Trail Blazers 92-80 at the Rose Garden.