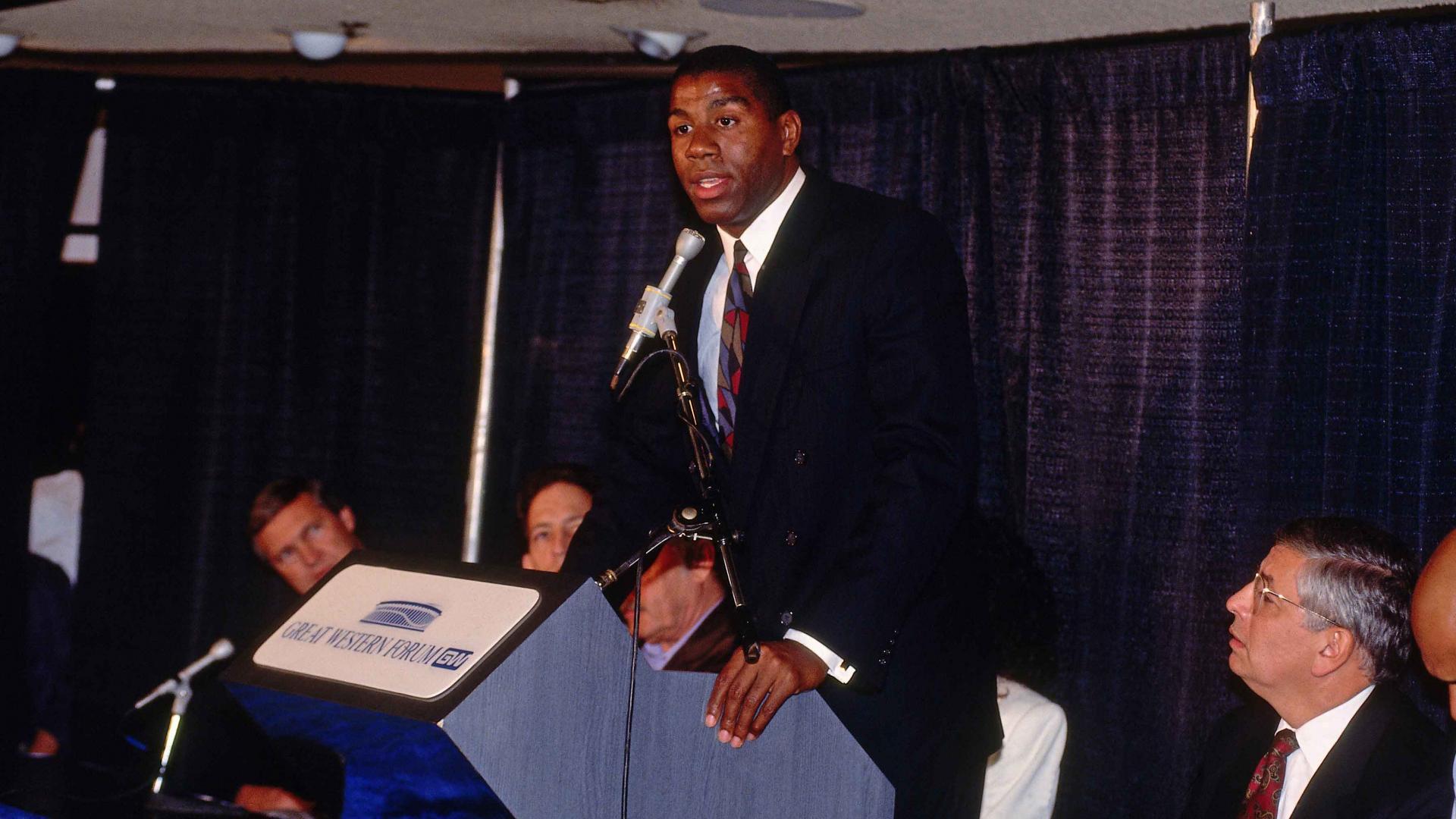 The sports world is stunned, as Magic Johnson of the Los Angeles Lakers announces that he has HIV, the virus which causes AIDS and subsequently retires from the NBA. Magic Johnson would return for the NBA All-Star Game, winning the MVP in February. He would also play on the Dream Team, winning a Gold Medal in Barcelona. The HIV diagnosis would be monumental as it helped educate that AIDS could be caught by straight men and helped redefine AIDS education, as it brought the disease into a new spotlight.