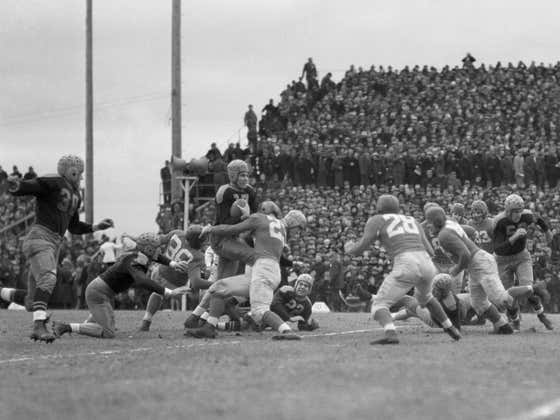 The Green Bay Packers win their fifth NFL Championship. The Packers win their title by blanking the New York Giants 27-0 at the Dairy Bowl at the State Fairgrounds in Milwaukee. It is the first NFL Championship Game to end in a shutout. It was a rematch of the 1938 title game that was won by the Giants. The Packers’ defense forced six turnovers, as Cecil Isbell’s 31-yard halfback pass to Joe Laws in the third quarter turned out to be the backbreaker.