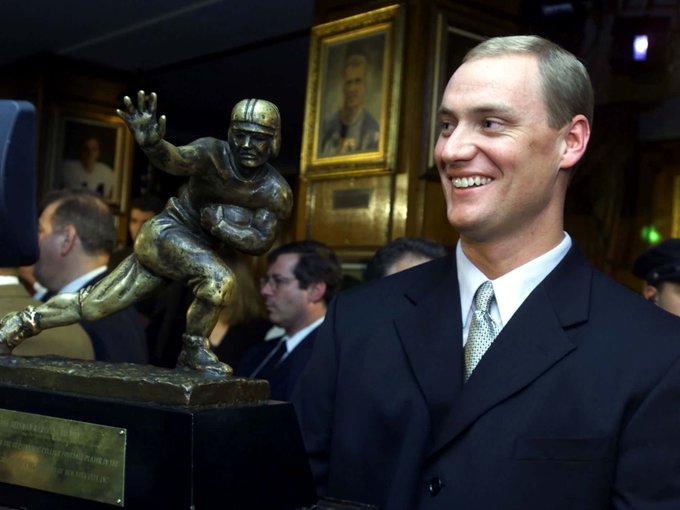 Chris Weinke of Florida State wins the Heisman Trophy, beating Oklahoma quarterback Josh Heupel by 76 votes. At the age of 28, Weinke is the oldest player to win the Heisman Trophy. The Florida State quarterback took a circuitous route to the Heisman. Choosing to play minor league baseball instead of football. However, after failing to reach the majors, Chris Weinke accepted a scholarship from the Seminoles that remained opened and had a successful college career leading Florida State to a National Championship in 1999.