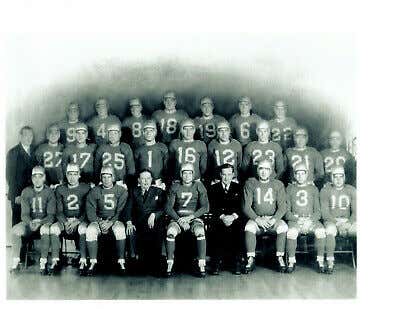 The Detroit Lions continue a magical year for the Motor City beating the New York Giants 26-7 to win their first NFL Championship. The Lions, in their second season after moving from Portsmouth, Ohio, took on the reigning champion Giants. The Lions were helped by the snowy conditions at the University of Detroit Stadium as 15,000 fans cheered the Lions to victory. At the time, Detroit was the City of Champions as the Tigers won the World Series in October, while the Red Wings were at the start of a season that would end with a Stanley Cup Championship.