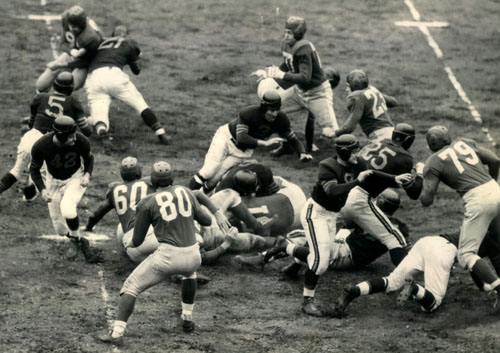 The Chicago Bears win their fourth NFL Championship in seven years by beating the New York Giants 24-14 at the Polo Grounds. The game set an NFL Championship attendance record of 58,346 fans saw Sid Luckman and the Bears score ten unanswered points in the fourth quarter. The story of the game is that gamblers attempted to bribe Giants’ fullback Merle Hapes and quarterback Frank Filchock to throw the game. Although both refused, the two Giants players were suspended indefinitely for not informing the team or the league.