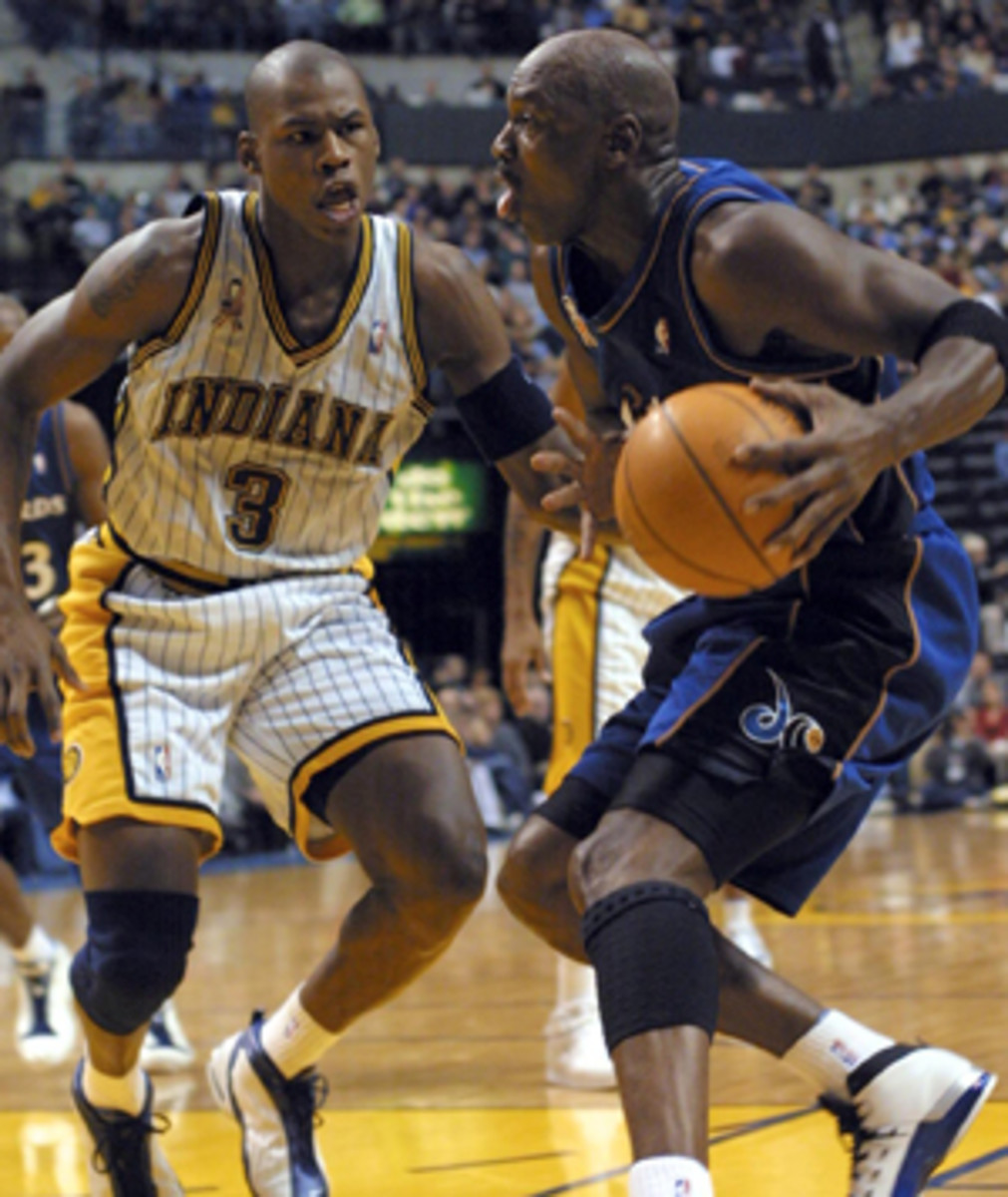 Michael Jordan fails to reach double-digits in points for the first time in 15 years. Jordan, who came out of retirement to play with the Washington Wizards, scored a career-low six points in a 108-81 loss to the Indiana Pacers at Conseco Fieldhouse in Indianapolis. Jordan had played in 868 consecutive games with at least ten points dating back to March 22, 1986. Michael Jordan made up for his lousy night two days later by dropping 51 points on the Charlotte Hornets.