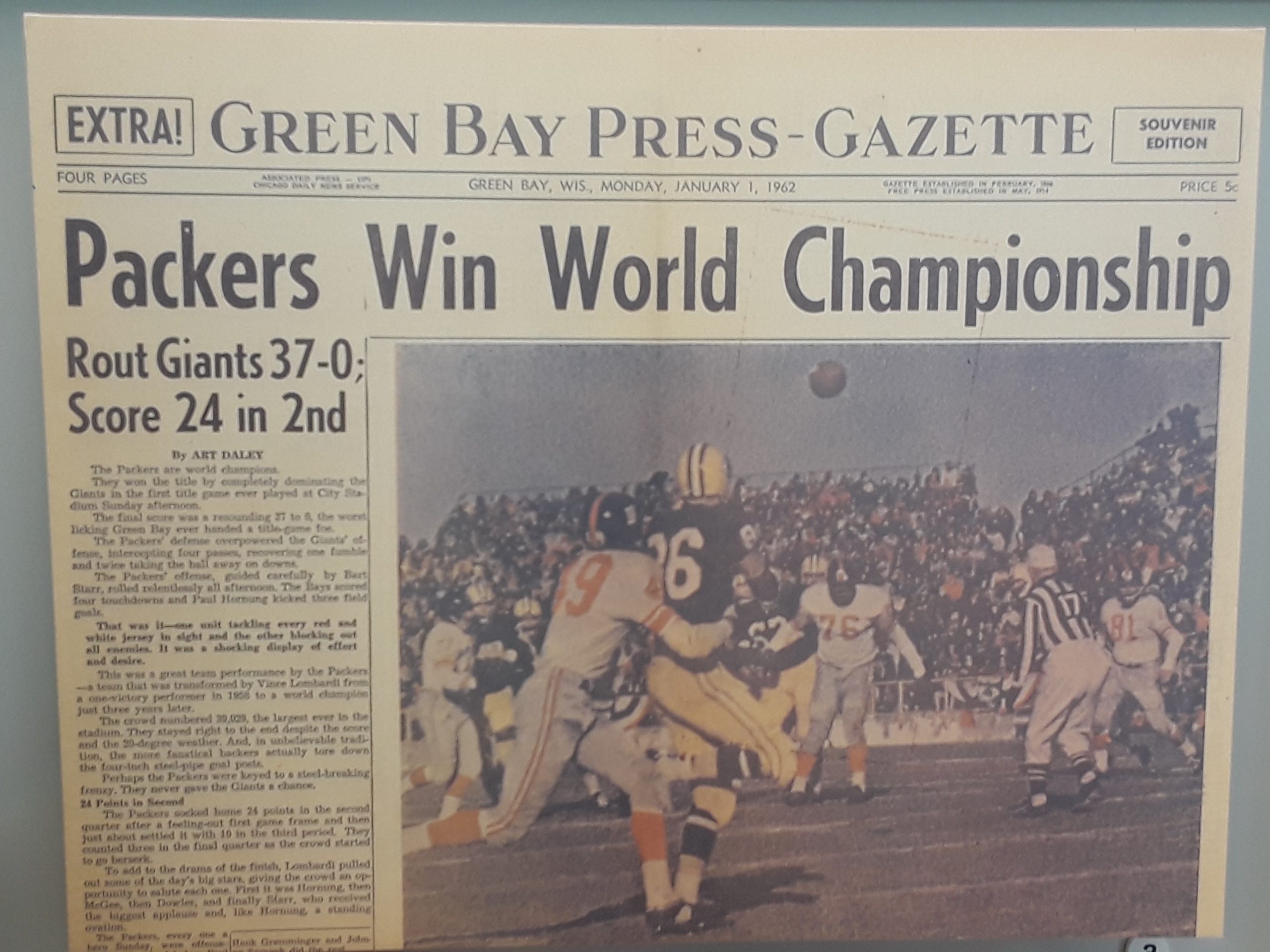 The Green Bay Packers dynasty begins with a 37-0 blanking of the New York Giants in the NFL Championship Game at City Stadium in Green Bay. The Packers take command of the game with 24 unanswered points in the second quarter, as Bart Starr has three touchdown passes. It is the first championship for the Packers since 1944 and starts a stretch for coach Vince Lombardi where Green Bay becomes Titletown winning five NFL Championships in seven years, including the first two Super Bowls.